We’re always looking to make The Infatuation the best platform to find restaurants, and we appreciate your feedback!
BCN

The 24 Best Places To Eat & Drink In Barcelona

Whether you want to explore lesser-known parts of the city or try the most famous tasting menus, these are the best places to eat in Barcelona.

Everyone knows someone who’s been to Barcelona. Through rigorous, scientific research we’ve concluded it has long been the number one destination for American college students looking to party/study abroad, which means you probably have no shortage of friends to ask for suggestions for your upcoming vacation.

The problem with that is they’ll recommend the same four places to you: that tapas bar with the cheap champagne, the bar with the Bill Clinton/Monica Lewinsky shot, the other tapas bar with the McFoie burger, and any place on Las Ramblas. So we’re here to help, whether you want to explore lesser-known parts of the city or try the most famous tasting menus, all while avoiding too-drunk British bachelor parties. 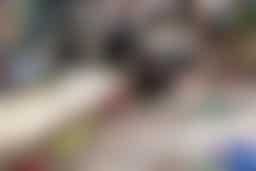 While it’s exceptionally difficult to get a reservation here, you should at least try. Tickets is the closest you can get to El Bulli (the now-closed restaurant that was once considered the best in the world), and is the flagship Barcelona restaurant from the head chef, Ferran Adria, and his brother. Tickets is standard tapas style, a bit gussied up. The restaurant is circus-themed and there are several stations around the two dining rooms that are responsible for producing one dish or another (though the food will be served to you at your table). If this sounds like a fun place, that’s because it definitely is. 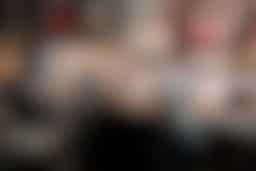 When you finally give up trying to get into Tickets, head over to Bodega 1900, an old-school tapas and vermouth spot run by the same guys. Vermouth is what people drink in Barcelona, mid-afternoon, with tapas. It’s dark, sweet, and best served on ice, with an orange slice or soda water. Let this also be your introduction to vermouth’s perfect accompaniment: conservas, canned and preserved seafood. Bodega 1900 is a good place to learn some history of Barcelona - the place has a real classic feel.

Another Adria brothers restaurant, the unofficial classification for Hoja Santa’s menu is “fancy Mexican” and the food is heavily inspired by Oaxaca. There isn’t one thing on the menu that isn’t mind-blowingly good. For a more casual experience, check out their adjoining taco shop, Nino Viejo, which is just as delicious. 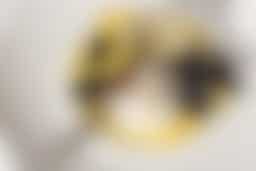 Important to know about Barcelona: many things are, by nature, touristy, which makes sense when you consider that this is one of the most visited cities in the world. The key is knowing which popular places are worth their struggles. Els Pescadors will set you back a few euros, but is the king of traditional and delicious Catalan seafood, and its location outside of city center means only the most determined of tourists will get there. Order at least one suquet and don’t show up before 9pm.

A famous bar for conservas and montaditos (tapas served on bread). This place gets packed, but that’s half the fun, shoving food in your face while juggling your drink and trying not to elbow the guy next to you, as everyone tries to talk over everyone else and blows smoke in your face. Oh yeah, and you’re also probably standing in the middle of the street. This is what eating in Barcelona is all about.

Barceloneta is a seaside neighborhood with some of the the best tapas bars in the city. Bar Electricitat is a favorite among locals for serving some of the best conservas and vermouth. Just keep in mind that it keeps weird hours to make sure to check that they’re open before heading over.

This is another, more modern favorite for conservas and vermouth. There are a few locations, none of which are short on quality or atmosphere. 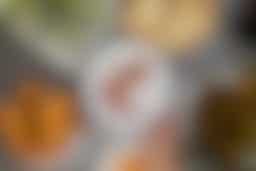 This is some of the best food you can find in Barcelona, period. La Cova Fumada is in the aforementioned Barceloneta, situated among many other tiny, signless places. Their claim to fame is that they invented the bomba, so get one of those, as well as the tiny tallerines, which could best be describe as “clams for ants.” Note that they have wacky hours, as most tapas places do, so this is another one where you’ll want to make sure you check first. 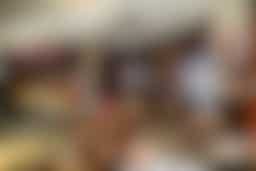 Another spot in the Barceloneta that’s serving up old-school bombas and a range of delicious tapas, and is more of a sure bet than La Cova Fumada as it keeps more normal hours. 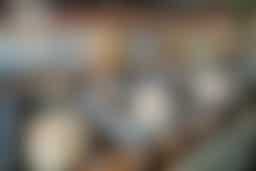 Once a train station, El Nacional is now an open-concept, gorgeous space that houses several different high-quality bars and restaurants. Its location near Plaça de Catalunya means there’s lots of tourist traffic, but it’s one of our favorite spots anyway. It’s a perfect post-sightseeing option, whether for your early-evening vermouth and tapas or for a full dinner. 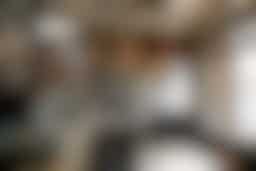 Bar Mut is a well-known and loved destination for wine and good food, usually offered up on a chalkboard menu. You can make a reservation, but if you get there on the earlier side, you can usually squeeze in before the crowds take over. It’s hard to go wrong here, so we suggest going with whatever they tell you to eat. 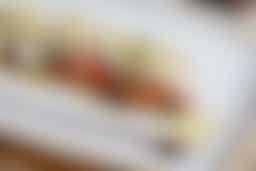 Located in the Santa Caterina market, this is a dependable and better-than-it-has-to-be option for most times of the day, which is key in Barcelona. Restaurants often close between lunch and dinner, so if you’re hungry at an off-time, it’s usually hard to find a good spot. Thankfully, Cuines de Santa Caterina stays open through the whole day and night and sources their menu exclusively from the adjoining market. There are classic Spanish and Catalan options with influences from other cuisines and cultures. This is also a good option for when you’re too hungover to choose or have a picky group to deal with.

This restaurant is a little off the beaten tourist path in the Poblenou neighborhood, and that’s a great thing. Poblenou is a cool place, with its very own Rambla that is just as beautiful and 100% less packed with tourists and pickpockets than its famous counterpart in the city center. This alone merits a visit, but check out Can Recasens for its selection of Catalan cheeses and cured meats, which are among the best in the city. They just serve you planks of the stuff, piled six inches high. The salads are also really good, and trust us, after a few days in this town, you’ll be dying for some greens. 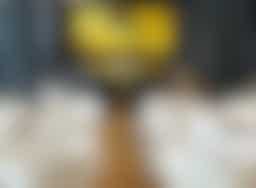 Moments is an excellent place to try if you’re looking for a fancy meal. There’s an a la carte menu if you’re not ready to commit to a tasting menu situation, and the space - located in the Mandarin Oriental - is beautiful. Expect high-end, modern takes on Catalan food with influences from all over. 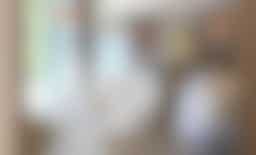 Also located in a hotel, ABaC is another white-tablecloth dining experience that’s a favorite of visitors and locals, and offers a somewhat similar experience as Moments. They serve 14 or 21-course Catalan-inspired tasting menus, and there’s also outdoor seating.

Uma is another tasting menu restaurant, but a more relaxed and casual option at a lower price point (75 euros). Everything here is delicious and creative, all served in a comfortable (but still sophisticated) environment. This place isn’t as well-known to tourists. 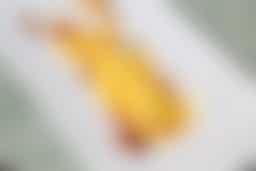 The three owners here were each head chefs at the former “best restaurant in the world,” and they bring their expertise to this latest project. The atmosphere is more casual than you’d expect, with an open kitchen and laid-back atmosphere. Expect an incredible attention to detail, not to mention delicious food. 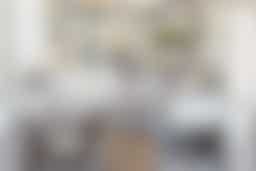 The restaurant situated in the stunning Hotel Arts is Enoteca, which is another one of several expensive fine dining restaurants in the city. Enoteca is another destination for fish eaters, and the wine list, which is heavy on Catalan options, is impressive. Wines to look out for include those from Priorat, as well as cavas from El Penedes and other wines from L’Emporda, Montsant, and Costers del Segre.

The vibe at this place is casual, distinctly local, and old-school, and the decor pays tribute to rock and roll. What you wouldn’t expect from such a traditional-looking place is great and imaginative tapas, which Bar Ramon has in spades.

Yes, we already made fun of this place for their McFoie, and yes, this place is 100% tourist central, but the food is honestly very good, if a little gimmicky at times. The item in question is basically a hybrid between hamburger and a McMuffin with foie gras and it’s actually fantastic, name aside. This is the place we go when we don’t mind a crowd, don’t want to think, and know we’re just going to get easy, fun, delicious tapas. Cal Pep is a similar option we will also stand by.

Spanish and Catalan food is delicious, but if you’re here for a while, it’s understandable to want to branch out. That’s when you head to Mosquito, an inexpensive, delicious spot that’s all about dim sum. Skip the duck dumplings, but get everything else. Their sister joint, Red Ant, is more rice and noodle focused.

You can find quality Basque tapas, called pinxtos, all over Spain, and Barcelona is no exception. The family who owns Taktika Berri is from San Sebastian and they’re committed to serving expertly-prepared Basque treats, which means heavy on improvisation with a few key staples, like anchovies, guindilla peppers, olives on bread, and various tortilla de patatas. If you’re searching for a classic Basque experience, look no further. 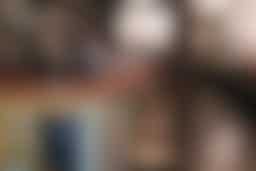 Bobby Gin, in the charming neighborhood of Gracia, is your spot for the best gin and tonics you’ll find in the city. There are 20 different varieties all served in giant goblets with lots of celebratory touches. It’s an impressive place that has actually made the gin and tonic a refreshing and creative cocktail.

Barcelona is home to a killer craft beer scene, minus a lot of the pretension you’ll often find elsewhere. Many of the city’s top breweries have Americans behind them, and the beer they’re making is routinely excellent. Ale & Hop in El Born is our favorite craft beer bar and serves local brews alongside beers from all over Europe. They also offer delicious tapas (like sweet potato patatas bravas) that are perfect when you’re drinking a few pints. 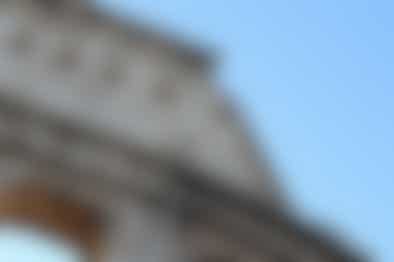 The 13 Best Places To Eat & Drink In Rome

The best restaurants in Rome, according to us. 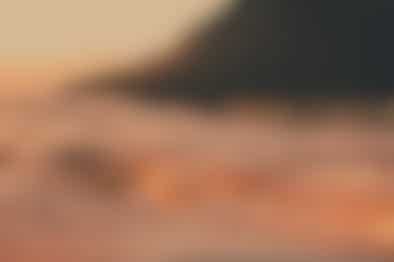 The 27 Best Places To Eat & Drink In Cape Town

From markets to wineries to the best restaurants in the city, here’s where to eat and drink in Cape Town. 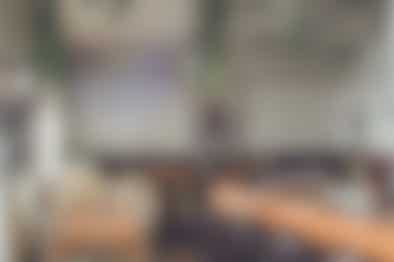 The 27 Best Places To Eat & Drink In Berlin

Instead of settling for another crappy currywurst, this guide shows you where to eat and drink in Berlin's main neighborhoods.

The Pivot: How 15 Restaurants Reinvented Themselves In 2020

The Most Exciting New Restaurants Of 2020

From Los Angeles to London, these are the most exciting new restaurants to come out of this year.