London restaurants are back, baby. Well, kind of. Some of them are anyway. And the great thing about restaurants reopening is it means that with each day there are more and more things for you to eat. The bad thing about that is, after three months alone with your fridge, all those options can feel pretty overwhelming. That’s why we’re highlighting the best dishes we’ve had recently, to point you in the right direction. Not ready to eat out just yet? Don’t worry, we’ll be shouting out our favourite delivery and collection options too.

If you’ve eaten something great recently that you want to share with our team, send us an email at london@theinfatuation.com. Now, onto the dishes. 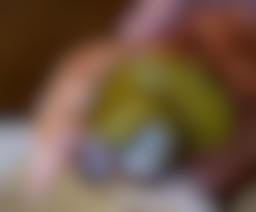 “I come from a family of sharers. More food than feelings, but often both around the dinner table. Entrées with a side of empathy. When we go out to eat it’s a bite for a bite. Each course is treated like a Strictly Come Dancing contestant awaiting its score from the judges, and the other night, at The Drapers Arms, it was my Mum’s salmon that did the sexiest dance. As a natural-born martyr, she made everyone up a bite before having one herself - a rip of soda bread, a dollop of crème fraiche, a wedge of silky smoked salmon, and a dilly pickle for good measure. It waltzed into my mouth. The judges were unanimous: a perfect 10 for the tea smoked salmon.” 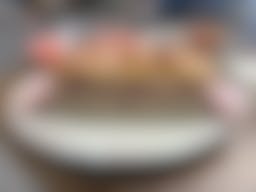 “As of 11am on the morning of Friday, 14 August, there are no official FCO advisories that prohibit going to Italy. However I don’t feel all that great about unnecessary travel this year. Maybe that’s why the mortadella sandwich at Bright was such a revelation. Paired with an Americano or two, this springy, ham-filled focaccia is a wholly transportive experience. If I’d closed my eyes, I could easily have been in Bologna. Probably. Either way, along with the rest of Bright’s bar menu, it makes their London Fields terrace one of the best spots in town for an aperitivo.” 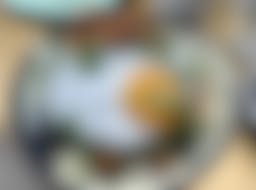 “A pile of bite-sized potato chunks, mixed with sautéed friarielli, and topped off with a fried duck egg. It’s something I could probably - on a very, very good day - muster a passable version of at home. However, this was the first proper plate of food I’ve had in (or just outside) a restaurant since early March. And it was glorious. Don’t let that sound like I’m downplaying it though. Kiss The Koala is a newish café and brunch spot near Alexandra Palace and they hit the sweet-spot of salty, soft, and crunchy Sunday morning eating for me with this. (n.b. the portion of buttermilk fried chicken in the picture above is totally optional, though also advisable.)” 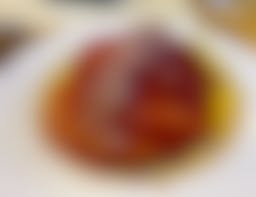 “The phrase ‘too hot to eat’ isn’t one I really understand. Nobody is ever too hot to eat, you’re just too hot to eat certain things. Maybe it’s because of our climate. We know the cold months better than the hot. So when a 30-odd degree-er comes around, everyone panics. What do we eat? Chilled baked beans? An ice cube dipped in gravy? Sod it, let’s just drink instead. Or, alternatively, eat and drink. Outside. On Frith Street. At Quo Vadis. With a cold beer or a glass of something crispy. All you need then is a plate of sweet tomatoes bathing in oil, topped with finely chopped red onion, and a healthy turn of salt and pepper. It, with bread, is all I want this summer.” 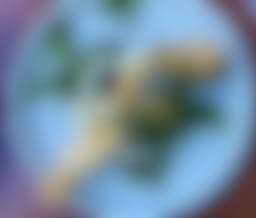 “What you have here is what I, a seasoned professional, like to call a shit tonne of textures. Am I this generation’s AA Gill? Definitely. But in all seriousness, this dish is summer on a plate. There’s plenty of crunch and creaminess, and the sharpness from the blackberries will remind you that, yes, you absolutely should have another glass of wine.”

We ran (walked) in from the rain (it wasn’t raining), desperately in search of sanctuary, safety and maybe, like, a cosmo or something. In a classic game of ‘guess where might still be open’ I came across Map Maison on the Kingsland Road and had a series of excellent cocktails. The gin-heavy Columbia Road cocktail is super fresh, but this tequila number was my favourite. Newsflash: fig liqueur is excellent with fresh lemon and pomegranate.”

“I’m an aspiring coffee nerd. There. I’ve said it. And I really don’t care if you’re not okay with it. I’ve got all the gear: a grinder, scales, one of those gooseneck kettles, elaborate glassware that I spend half my life trying to keep clean… and I have all of this because last autumn I got hooked on the iced coffee at Walden Woods in Kyoto. It was an instant top five* and I’ve been trying to recreate it ever since. Sadly, even the life-changing ice-making technique of Infatuation NYC Senior Staff Writer and resident cocktail expert, Bryan Kim, plus the unusual abundance of time 2020 has offered up hasn’t helped me get it right. Monmouth’s iced filter coffee however nails it. It might just be the best tasting, most nuanced cup of coffee I’ve ever had in London, and I’m not just saying that because Thursday was my first coffee outing since early March.”

*”in case you’re interested, the others include an iced almond-macadamia milk latte from Go Get ’Em Tiger in LA, a very hot petrol station coffee somewhere in Oregon on a very cold morning in October 2016, and, a little closer to home, the nitro at Climpson’s.” 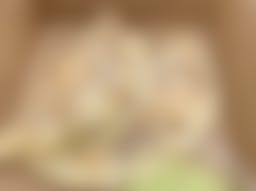 “The other day I was feeling a bit blue, and that tends to lead me to eating something beige. Walking home and maybe subconsciously, but probably not, my brain took me to Pollo Feliz in Netil Market. Having just eaten a bagel (note: beige), I wasn’t that hungry but also, I can always eat. Their quesadillas are just beans and cheese. Gooey and soft, packed between handmade wheat-flour, pork-fat tortillas. They’re simultaneously rich and light, and I’d eaten both before I crossed the road”. 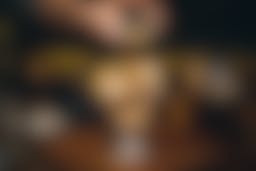 “I have a confession - I don’t know why Hot Priest never magically appears when I say this - I had never eaten a deep-fried Mars bar before my recent trip to Mac and Wild. There, I said it. But happily for me, but not my arteries, I am going to be eating a lot more if they all taste this good. I have a suspicion the sheer glory of this dessert was also down to the ice cream and whisky-infused toffee sauce. All in all, a sweet treat for the ages.” 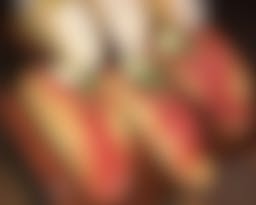 “London is home to a lot of things: double-decker buses, overly confident pigeons, and people who pretend they don’t watch Love Island. But decent tacos isn’t one of them, which is why I was so excited about the tacos at Peruvian spot Coya. I had the tuna, crab, and salmon. The crab tacos are the tell-you-I-love-you-on-the-first-date kind of good, but the tuna and salmon are also pretty great. Just get them all.” 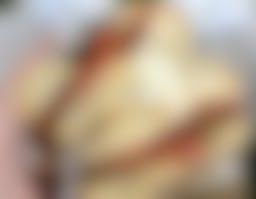 “A few years ago, I tried to get takeaway from The Good Egg. They didn’t offer this, so I was rejected, but a stranger in the queue told me I smelled nice. Location aside, this story isn’t at all related to the lox and cream cheese Montreal bagel I had the other day. Less a slice of pastrami-smoked trout so much as a wedge hacked off, the bagel had some solid schmear going on, and a very welcome handful of capers. The sesame Montreal bagel, said to be denser, was the perfect vehicle.”

The park picnic for two

“Look, I rarely picnic. If I’ve learnt anything from the picnics of my youth it’s that grass stains suck and the only creature on planet Earth that has the same determination and inner strength as Beyoncé is the common ant. Well, rejoice my fellow picnic pessimists, because Ombra’s park picnic for two has made the whole thing pretty lovely. For 25 quid, you get focaccia, salami, burrata, and more - but the DIY sandwich situation is the real winner of the lot.” 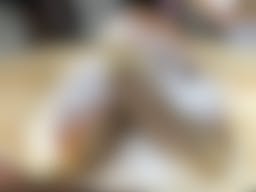 “Hi my name is Rianne, and I’m an ice-cream addict. So much so that I decided the perfect time to try this Filipino spot, that I’d been wanting to visit for months, was on a rainy Sunday. I ordered a bilog (a milk bun filled with ice-cream) and went with the Milo flavour (yes, the chocolate powder). It was basically like eating a pancake filled with ice-cream, what’s not to like?” 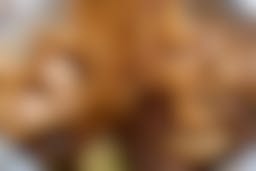 “If I was playing a game of word association and someone said ‘soulmate’, my instant, brain-snap reaction would be shouting ‘liangpi noodles’. You see, we are very much an item, me and Xi’an’s traditional coldskin. But this week I went rogue and ordered the hand-pulled biang biang noodles instead. They travelled well, the noodles were just the right amount of chewy, and the beef smelt so good that my flatmate pulled the old meerkat air-sniff move when they arrived. Officially my mistress.” 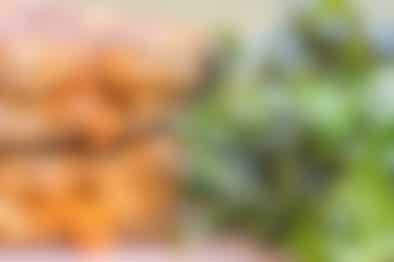 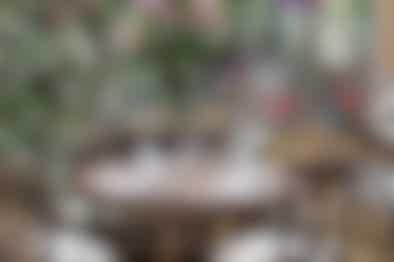 13 London Restaurants That Will Give You That Holiday Feeling

Go to these restaurants when you want to feel you’ve escaped London, without actually leaving the city. 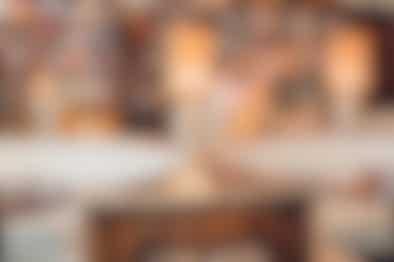 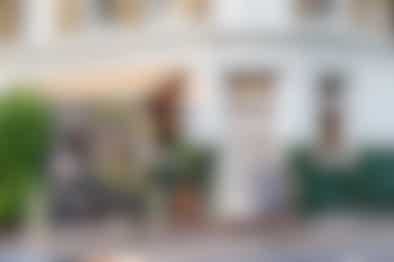 Where To Eat Outside When It Might Randomly Rain

Some fully covered outdoor dining spots in London because nobody likes soggy chips. 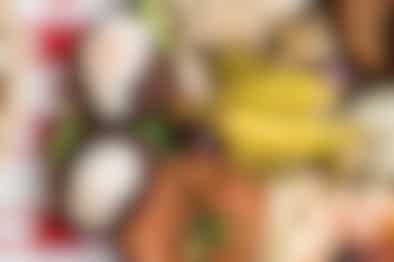