The 16 best bars and restaurants in Big Bear.

Our favorite moment when East Coasters visit LA? When they get defensive and mutter things like, “I just prefer to have to have all four seasons.” Totally. Guess what? We do, too. We just get to choose when we want to have them.

That said, local gems do exist, you just need to know where to look. Here’s our breakdown of all the best food in Big Bear. 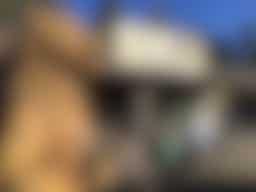 If you only have one meal in Big Bear, have it at Grizzly Manor Cafe. This tiny roadside breakfast shack is the best-known restaurant in town and it has the lines outside to prove it. But we’re here to tell you it’s worth the wait. The food is greasy excellence and the portions are enormous. Split those pancakes with a friend or you’re never making it up the trail. 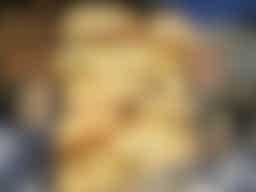 You could probably walk past Amangela’s a dozen times in The Village without noticing it and that would be a shame. Because while it doesn’t look like much from the outside (or the inside) and the coffee is just OK, Amangela’s is home to one of the best breakfasts in Big Bear - the Breakfast Bagel sandwich. This three-egg behemoth topped with whatever your cold heart desires is mandatory before going out on the lake. 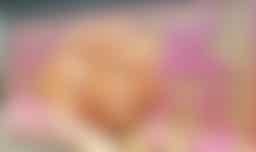 For some reason, Big Bear restaurants just have breakfast figured out. And Dank Donuts - the newest spot on this list - is another worthy addition. They’re making donuts daily, plus a small selection of breakfast burritos that are highly worth your time. The cake-style donuts are plenty doughy, but also still light enough that you can make it to the end of your hike. Our favorite is the Bear Claw, but really, go for whatever they say is hot. Adding a ham, cheese, and jalapeno croissant is also a good idea. 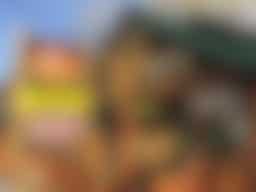 You go to Moonridge Coffee because it’s 7am, you’re hungover and pissed at your friend for waking you up this early to “be first on the lake.” You need coffee. Moonridge is probably the closest you can get to the Bear Mountain Resort without actually going in, and that means cheaper prices. Breakfast is the way to go here - this is your one-stop carbo-load shop before your eight-mile hike. 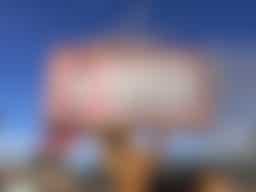 Located in Big Bear Village, this 75-year-old greasy spoon is a staple. Packed with locals, Teddy Bear has prime people-watching, and their simple breakfast menu is exactly what you want before a bid day in Big Bear. Those cheddar biscuits and gravy are no joke.

The Copper Q is a coffee shop/cafe/trinket store that should be completely abysmal but is actually not. It’s clear that this place caters to Big Bear tourists, but you’re a tourist, so just go with it. There’s a giant fire pit outside, some sort of cooking class situation in the back, and lots and lots of moms holding house-brewed mochas while getting really early starts on Christmas shopping.

This German grocery store has a bunch of things on its chalkboard menu - brats, smoked chops, sauerkraut, etc. - but if it’s your first time here, there’s only one thing you need: The Schinkenwurst. It’s a salami, bologna, and Swiss cheese sandwich that weighs approximately three pounds, and the one thing we eat every single time we’re in Big Bear. It comes with their mustard-y German potato salad on the side - which you will make room for, because it’s also fantastic. After your meal, get a bunch of brats to go. They’re $3 apiece, pre-cooked, and just need to be put on the grill to char - they’ll make you seem like a much better grillmaster than you actually are. 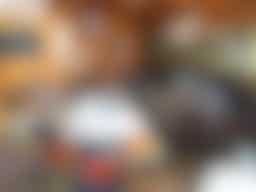 The thing most people don’t realize about Big Bear is that there is a whole other side of the lake. What the north side might lack in ski resorts and Sizzlers, it makes up for with giant rental homes, great views, and the sleepy little town of Fawnskin. And in the center of Fawnskin is North Shore Cafe. The all-day roadside diner has been around for decades and serves a solid breakfast as well as sandwiches, burgers, and salads during the day. If you’re looking for an unaffected Big Bear experience devoid of all tourists, a quick lunch at North Shore Cafe is a must. 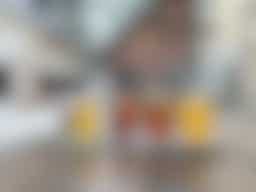 This burger spot is an ideal place to go whether you spent the day on the slopes or the hiking trails. Or in a hot tub. They specialize in two things: burgers and beers. The burgers are monstrosities in the best possible way - like the Mama Said Knock You Out, with mozzarella cheese, mozzarella sticks, marinara sauce, and pesto, and the Sweating Bullets, which involves fried jalapenos, bacon, pepper jack, and hot sauce. Their tap list has some great San Bernardino County breweries, as well as non-local classics like Modern Times - and they’ve got a great year-round patio to drink them on. 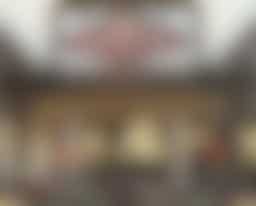 With a name like Peppercorn Grille and an exterior reminiscent of Solvang in Santa Barbara wine country, you’d assume this place would be an easy pass. But Peppercorn is a beloved Big Bear staple. Come dinnertime, this place is packed with a mix of people who have been eating here weekly since it opened and others who are just up for the weekend. This is a steak-and-potatoes kind of place and that’s exactly what you should get. If you’re going to do a big dinner in Big Bear, do it at Peppercorn. 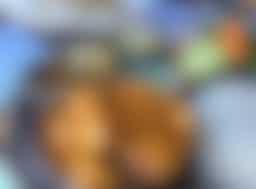 If you want Mexican food in Big Bear, go directly to Nuevo Vallarta. This low-key spot resides inside a random strip mall that has the curb appeal of Gary Busey in an Annie wig, but just ignore that. The menu is full of Mexican-American classics like a chile relleno burrito - or the aptly named (and monstrous) Grande Burrito, an 18-inch behemoth that’s perfect for when the crew smokes out the cabin later. 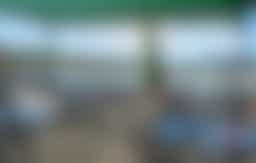 Most places in Big Bear with lake views crank up the prices and keep the food at garbage level. Don’t fall into the trap. The Pines has arguably the best views of the water in Big Bear and the food is actually pretty solid. If you’re looking for a slightly romantic outdoor dinner during the summer, The Pines is your power move.

With a modern white interior, exposed wooden beams, and an outdoor bar with a custom fire pit, 572 Social wouldn’t feel out of place in most areas of Los Angeles. The food is good - this is the only place on the mountain we’d confidently recommend ingesting poke. But the overall atmosphere inside is what gets us most excited to eat here. The place is packed on the weekends with everyone listening to live music on the patio and getting a little rowdy in the process.

Big Bear nightlife starts and ends at Murray’s Saloon, and don’t let anyone tell you otherwise. This place is straight-up legendary and can get downright wild even on a Monday. Just about everyone is here for the karaoke, so don’t be surprised if you see someone in cut-off jean shorts singing “Rhiannon” on top of someone else’s shoulders - because we did. The cheap beer and solid bar food don’t hurt either. Things will definitely get weird at Murray’s - but that just means you’re doing it right. 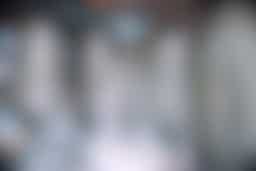 It seems every corner of the great USA has thrown its hat into the microbrew scene at this point, and Big Bear is no different. There are a few breweries around town but our favorite is Big Bear Lake Brewing Company. Right in the heart of The Village, BBLBC has an awesome tap room and an approachable selection of local beer. Also, they have something called The Avocado Bomb on the menu, and we’ll go on record saying it’s one of the best bar apps we’ve ever had. 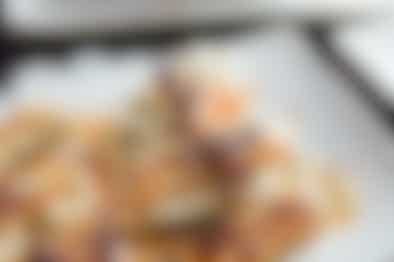 The Best Places To Eat In The San Gabriel Valley

Our 42 favorite places to eat in the San Gabriel Valley. 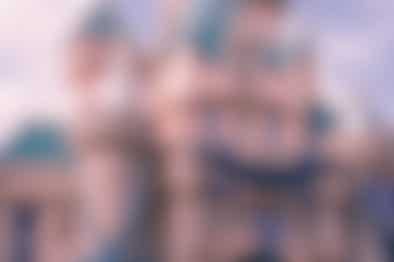 The Best Food At Disneyland, Ranked

Everything actually worth eating and drinking inside The Happiest Place on Earth. 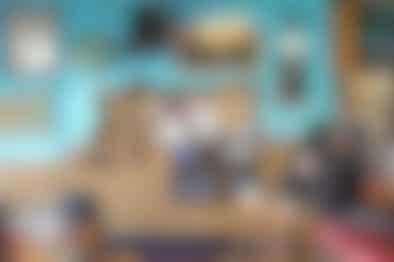 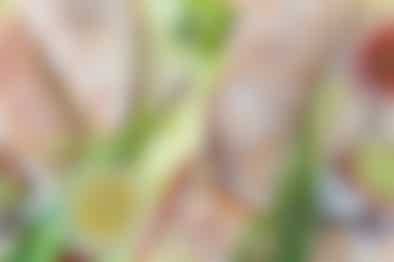 Want to cook with a little help from your favorite LA restaurants? Here are 19 spots doing DIY meal kits for takeout and delivery. 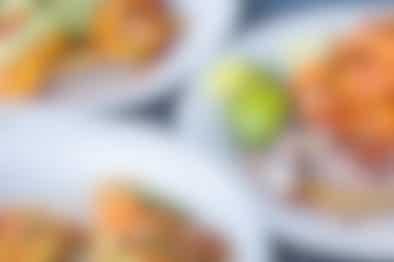 Tacos, tamales, and more - right at your doorstep. 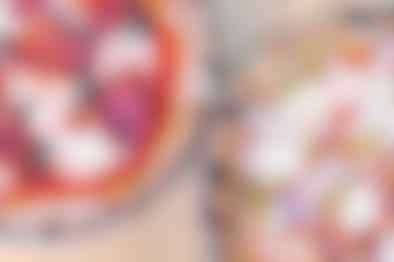 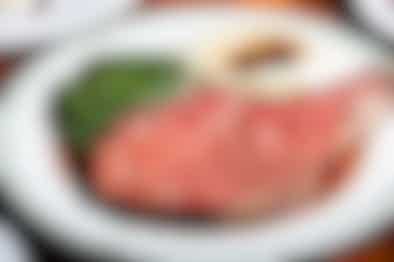 Just because you’re in self-isolation, doesn’t mean your birthday still can’t be a celebration.
Restaurant Finder