The all-time best places to eat and drink outside in Seattle.

At some point in the history of time, the sun sat Mother Nature down over drinks and demanded some PTO. “You can’t expect me to shine bright everywhere, all the time,” he said. “Moving forward, I’m not going to shine in, let’s say, Seattle every year until summer. In the meantime, you’ll work 24 hours a day without OT and make it rain while I’m gone. Also, buy me this beer. I don’t have a wallet because I’m a G2V star.” It’s no wonder the sun is really good at burns.

Because Seattle is gray and wet for seven months on the calendar we take our outdoor dining very seriously when the sun gets back to work. Our favorite warm-weather places are a good mix of patios, rooftops, and decks, that almost make you forget about how you have to wear soggy converse the rest of the year. But maybe that’s just the vitamin D talking. 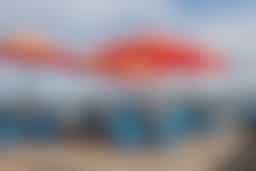 So, you want to go to Hawaii this summer and spend a week getting pruney fingers at an infinity pool swim-up bar in Maui. If a tropical island vacation isn’t in the cards, Marination Ma Kai is a solid backup plan on the mainland. The waterfront view goes nicely with excellent Hawaiian street food, and it’s the best fresh-air thing to do when you’re entertaining out-of-town guests or just want a free tan with your lunch. We like the patio best during the day accompanied by a lychee margarita and some chicken tacos, but it also works when the sun goes down and the 58-degree night air calls for kimchi fried rice. 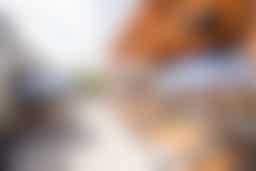 We’re not saying that drinking a boot of cold beer in July while spreading your arms out wide and whispering sweet nothings to the sun isn’t an activity. It is. But sometimes, your friends need something to do, too. Which is why the outdoor biergarten at Rhein Haus is nice. During the not-summer months, picture a rowdy German beer hall and that’s pretty much the gist on the inside, but by day in the summer, the biergarten is a relatively chill place to party and play bocce until you discover which of your friends are sore losers. While the variety of beers are all good, you should be taking advantage of the outdoor-only frozen rose, which is deceptively strong. Order a giant pretzel to soak it all up and also to possibly bludgeon a bee. 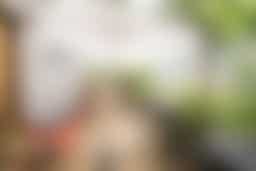 After you’ve finished the last third of all the wine bottles that were hiding in your fridge, it’s time to go to Bottlehouse, our favorite wine bar in town that knows a thing or two about alcoholic grape juice. The whole establishment is in a retrofitted house, so the garden patio feels like you’re trespassing in somebody’s backyard, only with special appearances from the friendly neighborhood cheesemonger who pairs charcuterie and cheese with whatever you’re drinking. And on one of those freak 80-degree days, their wine cocktail slushies like “frosecco” or “friesling” hit the spot. 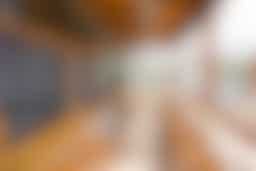 Humble Pie is the epitome of the Pacific Northwest. It’s catty-corner to a chicken coop, the plates are compostable, the ingredients are locally-sourced, and the patio is loaded with picnic tables under string lights. It’s kind of bizarre to eat pizza and drink cider while listening to ambient clucking, but it totally works. Get the margherita with fresh mozzarella if you’re feeling classic, and the “whole hog” (with prosciutto, bacon, and pulled pork) if your general mood is “salads are for tomorrow.” 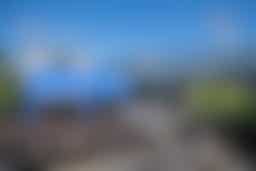 Fremont Brewing Company is everyone’s favorite place to day drink in the summer, and we’re not arguing. The outdoor patio is like Disneyland for craft beer nerds, but there’s something for you here even if you couldn’t care less how hazy your IPA is. Try the rotating infused Randalls beer for a unique flavor like pineapple-cherry or Thai basil grapefruit. It’ll be hard to find a seat, but just send one person to stalk tables with their best passive-aggressive face on while the rest of the group waits in line for a drink. Bring your own RoRo BBQ or takeout pizza from The Masonry to eat here, but if you forget to do so, there’s a huge bowl of very free pretzels with your name on it. 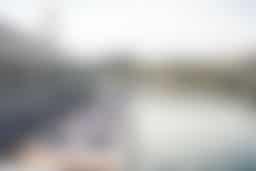 Ray’s does not have the best seafood in the city. The cabin-like decor like the cobblestone fireplace and exposed wooden beams look kind of tacky. And it’s certainly not cheap. And yet, we love it anyway. Why? Because when the sun comes out, Ray’s is a feel-good situation with a massive balcony deck on the water, plenty of tables, string lights, and good-enough seafood. In other words - Seattle summertime gold. Sit outside with all of the other happy people, split a bottle of overpriced wine, eat some crab cakes and fish and chips, and soak in the view of the Puget Sound right beyond the balcony. 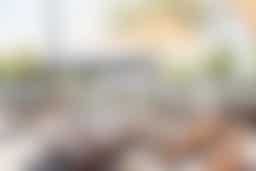 Frelard Pizza Company is the sister pizzeria to Ballard Pizza Company. Their patio is the best place to have an outdoor beer-and-pizza party with your entire friend group. The service is great, a rotating seasonal hard cider is always on tap, and the thin-crust pizzas with toppings like coppa and arugula will satisfy that one bitter New Yorker in the bunch. A couple of large pies and some salads to share around the stone-covered firepit, and Saturday’s sunset meal is taken care of. 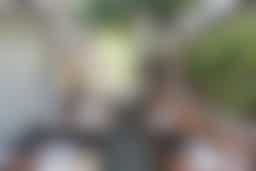 The porch at San Fermo feels like you’re at someone’s country home: there’s a rickety wooden floor, white siding, exposed brick, and plenty of shade. Maybe it’s just like your own porch, but with way more pasta, and without any squirrels playing with cans in the recycling bin. We love San Fermo for a date, or for gathering the gang together to drink a lot of chilled brown liquor and eat a lot of carbonara and charcuterie. If nothing else, a chickpea flatbread and a glass of sparkling wine are all you need. 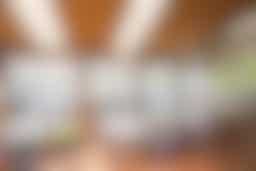 This is the one restaurant that we stare longingly out the window waiting for, watching the raindrops drip down until the sun pops in like Jack Nicholson in The Shining. Once it does, we teleport to Agua Verde to eat fried fish tacos and drink prickly pear margaritas on the lakeside deck. It doubles as a paddle club, so what better way to end a day of stand-up paddleboarding or repeatedly pulling yourself out of the water after falling off of the stand-up paddleboard than some of our favorite Mexican food in town? 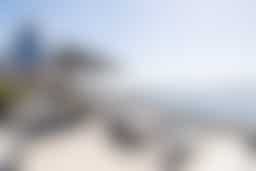 As sad as it is, Seattle culture just doesn’t involve places where you can strap on some heels with a full face of sweat-proof makeup and go somewhere to drink classy summer drinks. That is, except for The Nest. It’s a gorgeous rooftop bar with a view of the pier, overpriced (but admittedly great) cocktails, and the occasionally-available frose. While most people’s main objective here is to take photos of their arm raising their glass to the skyline, it’s an ideal place to book an outdoor table next to a firepit to sit and drink without a care in the world until sunset while you figure out what to do next. If you’re in a big group, the $150 large format cocktail that’s served in flamingo-shaped mugs is pretty unnecessary, but you should probably do it anyway. 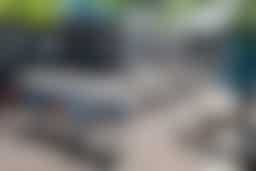 Turn to your left: there’s a toddler throwing french fries at a mom who needs a night out and a wine glass full of Nyquil simultaneously. On your right is a picnic table full of Sperry-wearing brogrammers and a bottle of sparkling rosé. Welcome to 100 Pound Clam, Amazon territory’s token snack shack. The patio is perfect for a casual lunch or happy hour, though they’re only open during the daytime, so it’s tough to make it there unless it’s a Saturday or you decided to violently shove every document off of your desk and leave work two hours early because it’s summertime and you’re stretched out too thin. Once you get here, order the fish and chips with pickle fries. 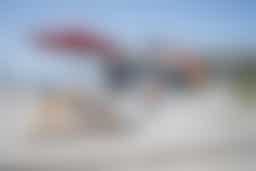 During the colder months, Golden Gardens is a beach that resembles Big Little Lies b-roll. But once summer hits, it practically transforms into the music video for LFO’s 1999 one hit wonder “Summer Girls” - only with way less spikey-haired people wearing Abercrombie & Fitch. If you’re spending the day laying out on a towel pretending to like the book you brought, lunch from Miri’s is a must. It’s a little concession stand in the middle of the sand, but you won’t find burgers, hot dogs, or individual bags of Cheetos that expired in 2014. Instead, Miri’s serves meditteranean kebab wraps, hummus, acai bowls, and randomly enough, poffertjes (mini dutch pancakes) topped with things like Nutella and whipped cream. It’s all excellent, even if you’re just grabbing a virgin pina colada slushie to sip in-between stopping your frisbee from hitting small children. 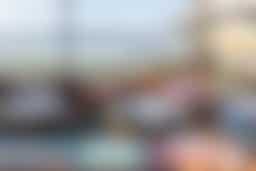 The Pink Door is one of our Greatest Hits, and its patio is one big reason why. There are plenty of seats, views of Elliott Bay, a deck that might as well be overlooking a Tuscan vineyard, and a crazily-dressed mannequin on the adjoining rooftop that will become more and more realistic as you get closer to finishing your bottle of Chenin Blanc. But most importantly: this Italian food is a good thing to do for your taste buds. Eating the best lasagna on one of the best patios in the city is a special experience everyone needs to have at least once. Ideally, once a week. 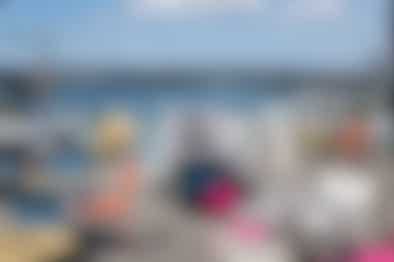 The best rooftops in Seattle that are open right now. 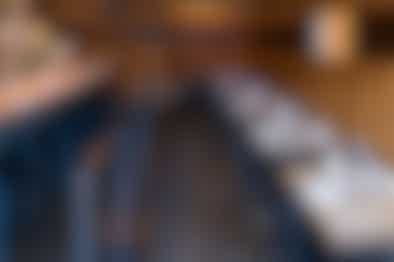 The Best Restaurants In Queen Anne

Where to eat in that neighborhood with the Space Needle. 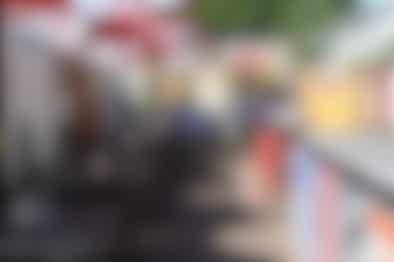 Where to drink under the sun in Seattle. 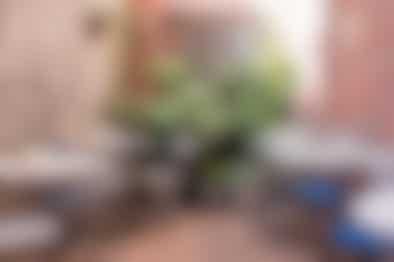 Where To Eat Brunch Outside

Our favorite places in Seattle for brunch under the sun.

Where to eat when staying warm and dry is a priority.

What To Eat At Spice Bridge, A New Food Hall In Tukwila

A rundown of all eight vendors and the dishes you need to try. 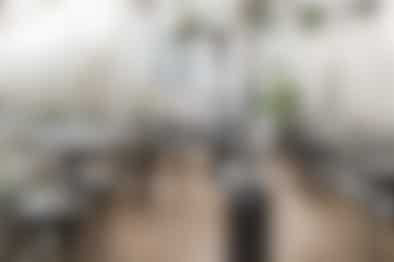 “It’s winter in Seattle” and “here are some great restaurant patios” are two things we didn’t think belonged in the same sentence. Until now.
Restaurant Finder