September 15, 2020
Smish Smash: Our New Favorite Burger
The new-ish smashburger spot in Oakland that you need to try now.

Smashburgers, in all their caramelized, crispy glory, have recently taken off in cities like LA, but haven’t gained as strong of a following in the Bay. Smish Smash is here to change that. The new-ish pop-up has been serving super thin, golden-brown smashburgers on squishy potato rolls out of Downtown Oakland’s Cookiebar Creamery since May. Recently, Smish Smash announced that their run at Cookiebar will end on September 27th, and later confirmed to Infatuation SF that they’ll be moving to Neptune’s in Alameda in October - expect outdoor seating, and possibly beer. Until then, you have two more weeks to catch them at Cookiebar. They’re open Thursday to Sunday, 5-9pm.

So what makes Smish Smash worth the wait? (And there will be a wait.) It’s getting your hands on one of their creative specials, which are dropped on Instagram every Thursday. You’ll see things like a decadent uni burger topped with a yuzukosho and ponzu aioli, or a pho-inspired Dac Biet. But even if the specials sell out (and they usually do), Smish Smash has a few permanent standbys on the menu that are just as excellent. Here are some of our favorites. 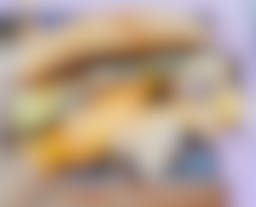 Burger purists who prefer to keep things simple will probably gravitate towards The Signature: two beef patties, cheese, house sauce, pickles, and a generous helping of grilled onions neatly sandwiched between a fresh potato roll. This burger is simplicity at its finest - and it’s absolutely delicious. 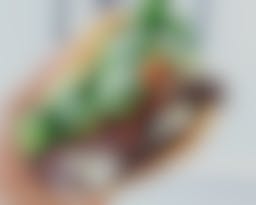 If you like hearty burgers, order this. The Diner comes with a bacon patty, a.k.a. ground bacon that’s flattened on the grill until it’s thin and crispy (yes, it’s as life-changing as it sounds). The burger is then layered with two beef patties, American cheese, lettuce, tomato, onions, and house sauce - it’s a massive, juicy masterpiece. 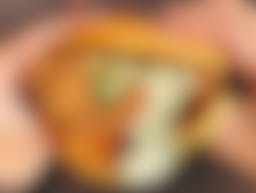 Maybe you’re not into beef. Totally fine - Smish Smash’s fried chicken sandwich is the way to go. It’s crunchy, juicy, and heavy on the dill (in the best way possible). Order it with a side of curly fries and their house-made ranch.

6 Great Bay Area Hikes (And What To Eat After)
If you want some fresh air and a good meal, this guide is for you.

9 Bay Area Birria Taco Spots To Try
Birria tacos are popping up all over the Bay Area. Here are some great spots to get some.