Erin Ng
May 4, 2021
Finding Comfort (And A Home) In A Bowl Of Soondubu
The first time I tasted this spicy Korean pork and tofu stew at Pyeong Chang Tofu, I finally felt like I could make a home out of Oakland.

When I was in college, I’d often pack far more friends into my car than was legally allowed and drive them to my favorite local soondubu place near UC Irvine. The family that ran the place knew me well; they’d bring out extra oi sobagi, the cucumber kimchi that generates an irresistible, acidic, and spicy crunch when bitten into. But the real star was, naturally, the soondubu: a spicy tofu stew, intensely red, bubbling furiously as it arrived at the table. I ate it often, and I relished introducing non-Korean friends to it whenever I had the chance.

It wasn’t always easy to convince people that a bowl of tofu soup was delicious in the days before Korean food became as popular in the US as it is now. I remember taking one white friend with me to try it, and he scoffed at the idea of eating tofu while complaining about not having enough meat in his soup, even as I gently tried to explain that the broth and tofu were actually the focus. He ate around the tofu, complained the broth was too spicy, and I never took him back there. We didn’t last as friends, either. 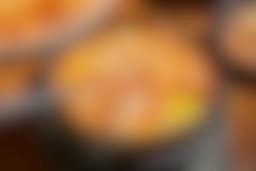 Few things are as comforting to me as a bowl of soondubu. To eat soft, custardy, silken tofu bathing in a red broth, still angrily boiling from the radiant heat of the clay pot it comes in, is something that I do at least once a month, if not more. It has cured hangovers, mended my broken heart, and rewarded me for conquering another day of work. A dinner of soondubu side-by-side with a bowl of rice is the meal that grounds and centers me as I reflect on where I’ve been. Eating it takes me back to being a Southern California kid, storming BCD Tofu House in LA - the Korean American equivalent of Denny’s for ravenous late-night teenagers with nowhere else to hang out - at 2am.

Soondubu has always been a restaurant dish, rather than one that I have memories of my halmoni preparing or anything like that. That was on my mind when I moved out of Southern California and up to the Bay Area 11 years ago. I knew when I arrived in Oakland that I was leaving a region known for Korean food for a place that had a much smaller Korean diaspora, and as a result, far fewer Korean restaurants. My first goal upon landing in the East Bay, then, was to find a place for soondubu.

My preference is always the kimchi and pork version, extra spicy, but I’ve often found myself on the receiving end of not-spicy-enough soondubu orders. It usually feels like the servers suspect that I’m maybe not full Korean or maybe don’t realize I am Korean at all, so they skimp on the spice, afraid I’ll complain about it hurting me. The opposite is always true - it almost never hurts enough. So when I do find a place whose extra spicy actually satisfies my desire to be burned in a good way, to have just the right amount of heat for sweat to form but not run down my forehead, I know it’s a keeper.

That place in the East Bay, for me, is Pyeong Chang Tofu. 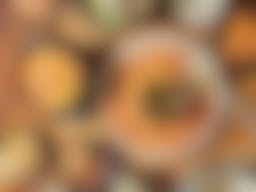 Pyeong Chang has two locations: the original in Oakland’s Temescal district, just a bit north of the Koreatown Northgate business district, and in Berkeley on University Avenue. The Oakland location has a dedicated following that I’ve seen swell over the years and witnessed wait times become longer and longer. What really stands out, though, aside from the quality of the soup, is the warmth of the family that runs the place.

“We opened in 2002, and at the time my mom was running the restaurant by herself,” says Peter Kim, who is now a partner in the restaurant. Kim says that aside from his mom, there were just a few other ahjummas - a Korean word that sort of means “auntie” - running the shop. But now, Kim, his brother, his mom, and even his dad work together to keep both locations humming. I think it was this that also drew me to Pyeong Chang.

Here I was, adrift from home and away from the bounty of Korean food and people I knew in Southern California, and looking for connections where I could find them. I’m a biracial Korean; my father, who is my Korean parent, died when I was 13, and as my Korean family drifted apart due to death and dysfunction, Korean food and restaurants remained my connection to my culture. To me, then, it made absolute sense that a family-owned Korean restaurant, imbued with that homestyle sensibility, would be the place I would feel most welcomed and taken care of. 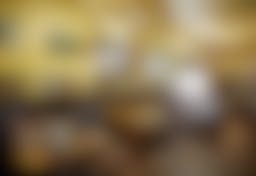 Pyeong Chang gave me a sense of place, and somewhere to return to for the kind of Korean food I crave. Kim’s family puts a huge emphasis on loyalty, whether that’s continuing to buy from the same Salinas tofu supplier that they’ve used for 20 years, or keeping up with the legions of regulars that have made their soondubu a habit. Over the course of the last year, when so much was frightening and uncertain, this savory stew was one of the few things I could turn to. It was, and will always be, a balm - even at the extra spicy level.

Where To Get A G&T And Give Back In The Bay Area
21 spots to get a Botanist & Tonic and support the Independent Restaurant Coalition.

5 New Things To Do & Eat In San Francisco This Week
Check out these pop-ups, new openings, and special events happening around the Bay.

7 New Things To Do & Eat In San Francisco This Week
The cocktail takeover, bake sales, and pie party you should check out this week.