Forgot to make plans for tonight? It’s the perfect time to try one of NYC’s great restaurants that don’t take reservations anyway. 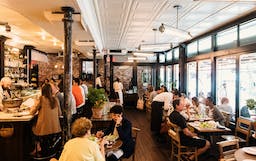 If you find a bee in your house, let it out. It’ll find its way back to its hive. And if you ever need to get in touch with a humpback whale in August, your best bet is the northern Pacific. We mention this, because we too have a place we instinctually return to, and it’s Via Carota.

Via Carota is a walk-in-only Italian restaurant in the West Village from Buvette and I Sodi. It opened in 2014, and it’s somewhere we come back to like it’s a giant pot of honey and we’re a bunch of cartoon bears. Whenever we set foot in the West Village, a part of our brain says, “I wonder how long the wait is at Via Carota right now,” and a different part of our brain says, “It’s super long, you idiot.” And that right there is the only issue we have with this place.

To eat at Via Carota, you first have to push through a bunch of people crowding the entryway and try to make eye contact with a host who’s willing to sign off on the fact that you exist. This host will, most likely, look at you as if you were Oliver Twist or a horse thief in a previous life, then add your name to a list and give you a rough estimate of when you’ll be allowed to eat. They won’t text or call you (which is almost charming until you realize how frustrating it is). So just grab a drink nearby - and between one and three hours later, you’ll be seated at a wooden table in a dimly lit space that looks like a Renaissance still life filled with people who could teach you how to pronounce Rodarte. 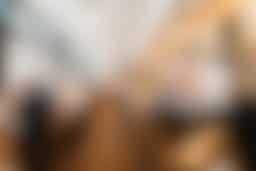 You’ll see an antique cabinet filled with vintage dishware, a stuffed crow or two, and a marble table tasked with holding a few cakes, tarts, or various fruits that may or may not be real. And when a server in a cream-colored jacket brings you a negroni on a silver tray while you scan the room for people who’ve hosted SNL, you’ll feel like you’re at the center of the world (or at least the West Village). It’s a special place, and you’ll recognize this even before you get to the food, which is the main reason why you’re here.

There are roughly thousands of Italian restaurants in this city, but Via Carota manages to stick out by making food that’s unfussy and just about uniformly delicious. Take the svizzerina - a rich and delicate chopped steak with a salty crust and an interior so rare it’s practically steak tartare. It comes topped with a few roasted cloves of garlic that melt when you spread them across the meat, and it’s the little details like this that remind you why you’re willing to spend a significant percentage of your day waiting to eat here. 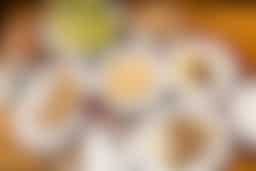 There are also plenty of vegetables at Via Carota (the whole middle section of the menu is devoted to them), and a meal here should involve at least one or two of them. You’ll see the insalata verde on a lot of tables, and it’s both extremely fresh and confusingly large - and, while it definitely isn’t a bad choice, know there are more exciting options. The grilled artichokes, for example, come out charred and smoky with an aioli on the side that tastes like garlic, lemon, and the last dream you had about being on a beach in Italy. The broccoli rabe, which is somehow less bitter than all other broccoli rabe we’ve eaten, is another excellent choice - and you should, of course, have at least one pasta on your table. The cacio e pepe is non-optional.

Bring a friend who shares your enthusiasm for restaurants that make you want to spend your money like it’s about to expire, or stop by with a date when you need a last-minute spot. Just be sure that whoever you bring is patient. There’s going to be a wait, and this is something you must accept, like the three months of winter or the buffering screen before a Youtube video. Eat here once, and you’ll keep coming back the way a salmon will swim upstream to get home. It’s inevitable - and if you see us out front mumbling things about cacio e pepe, tell the person taking names that we weren’t horse thieves in a previous life. 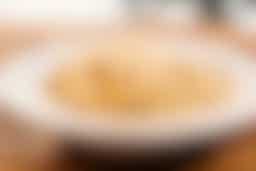 This cacio e pepe is the flagship product at Via Carota. It’s the iPhone, the Model S, the 787 Dreamliner. Order it, or live with the fact that you could’ve done better. It’s extremely rich and cheesy, with chewy noodles and lots of pepper, and you’ll see it on most tables here (for very good reason). 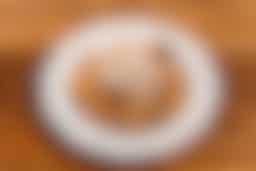 If you need something rich and meaty, this pappardelle will get the job done. It isn’t the star of the show here, and it isn’t an essential order, but you won’t be upset with it. So by all means, get it - our only request is that you also eat the cacio e pepe. 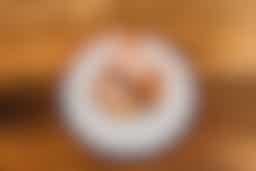 When you’re having a meal at Via Carota, ease into it. It isn’t a race. Start with a few snacks, like these arancini. They’re crispy on the outside, creamy on the inside, and stuffed with a bit of that mildly spicy pork sausage known as ’nduja.

These are described on the menu as “fried green olives with pork sausage,” and that might lead you to believe they’re mostly just olives. Incorrect. They’re actually egg-sized balls of pork sausage with little olives hidden inside. And they’re amazing. 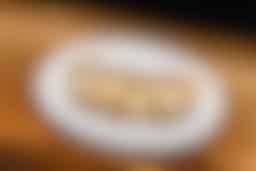 There’s a tiny section of the menu above the vegetables that consists of various things on bread, and it deserves your attention. If you’re a fan of anchovies, we suggest this one. It comes topped with several large spoonfuls of butter, and it’ll teach you that butter can, in fact, be consumed like hummus, and everyone has been lying to you from a very young age. 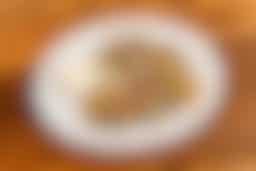 If you’re a vegetarian, we have some good news. The biggest section of the menu at Via Carota is made up of various vegetable dishes, and most of them are worthy of your attention. We especially like these smoky, grilled artichokes with a lemony aioli on the side. 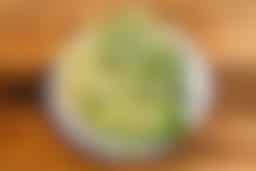 You’ll see this on a lot of tables at Via Carota, and there are several reasons for this. First off, it’s tall and very green, and it looks like a piece of edible architecture. It’s also fresh, crunchy, and well-dressed - but we don’t actually find it all that exciting. Just think of this as the world’s most impressive side salad. 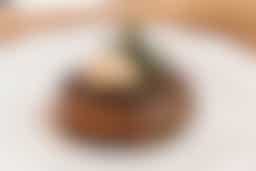 What is a svizzerina exactly? It looks like a burger, but isn’t as dense as something you’d eat between two buns. It’s also seared on the outside and incredibly rare on the inside, almost like a steak tartare that fell into a skillet and achieved a new level of being, the way a pokemon transforms into a different, better pokemon. In short, it’s wonderful, and you should order it. Spread the garlic around on top, and split with one other person. 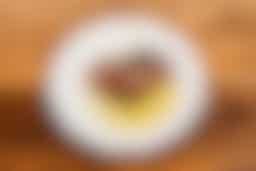 This octopus is $23, which is steep for one small tentacle. That said, it’s incredibly tender and just a little bit charred, with a pool of olive oil underneath, and you’ll be glad it’s a part of your life.

This risotto looks a little like baby food, but it’s several times more delicious than whatever you’d feed to a one-year-old. It’s simple, creamy, and extremely lemony - and it’s what you should order if you’re getting over a cold and just want something straightforward and comforting.

Forgot to make plans for tonight? It’s the perfect time to try one of NYC’s great restaurants that don’t take reservations anyway. 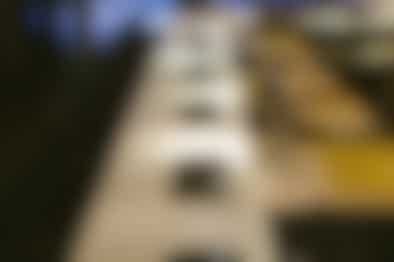 How much will you like the West Village's Sushi Nakazawa? How much money do you have, and how recently did you watch Jiro Dreams of Sushi?

As we’re all well aware, Mexican food in Manhattan generally blows. Empellon hasn’t come to save the day, but it isn’t adding to the problem either. While nothing blew us away, the food was solid with the good outweighing the bad. 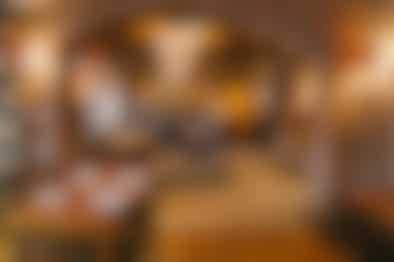 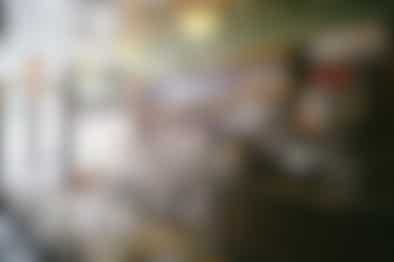 A Hell’s Kitchen Italian restaurant cooking up the classics, plus a nutella pizza.

The food at Eataly: La Pizza & Pasta is perfectly decent, even pretty damn good at times. But it's always just so damn crowded. 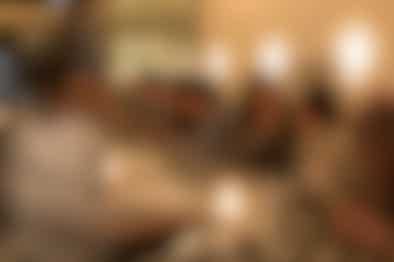 I Sodi serves excellent, classic Italian food and is a place where you’ll want to become a regular.

You should go to Rezdora, a small Italian spot in Flatiron, for great pasta.
Restaurant Finder