Where To Eat Near Columbus Circle

Do you find yourself near Columbus Circle? Here are the best restaurants.

It’s worth noting that while Columbus Circle is home to what are some of New York’s most expensive restaurants (Per Se, Masa, Jean Georges), they aren’t what we’re talking about here. Because if you’re eating a meal at one of those places, you’re probably not doing it simply because you happen to find yourself around 59th Street and 8th Avenue. There are some very nice restaurants on this list (hey, you’re already dressed for the opera, right?), as well as some casual ones, and some takeout options. We’ve got you covered. 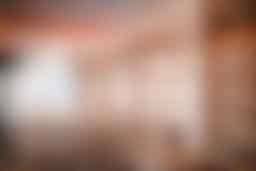 You walked into the suburban mall known as the Shops At Columbus Circle to return a sweater at J.Crew, and ended up trying all the hand lotions at the L’Occitane store. And now you smell like lavender potpourri. The solution is to walk right down 8th Avenue to Danji, where you should promptly make sure your hands now smell like bulgogi sliders. This modern Korean small plates restaurant is one of our favorites in Midtown. If you’re paleo, a vegetarian, or someone who doesn’t think eating bacon kimchi fried rice sounds like a good idea, it might not be for you. But otherwise, it’s a sure thing. 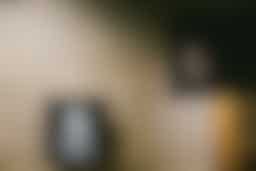 Have you ever sat through a multi-course sushi meal and thought, well, this is cool, but I’d like to eat the chicken version of this. Meet Torishin, home to the chicken omakase meal. Torishin specializes in yakitori chicken, but this isn’t your typical chicken on a stick - you can eat chicken heart, chicken kidney, and even chicken knee gristle. It’s a cool, refined, yet still relatively laid back experience. And if knee gristle scares you, you can stick to thighs and wings and meatballs on the a la carte menu. 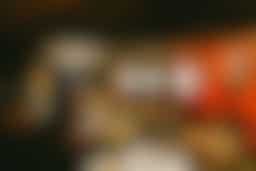 Midtown West is rich with excellent yakitori joints, and here’s another one. This one is located up on the second floor in a building on 55th Street. This one is a little livelier, and you should again lean heavily on the chicken yakitori options, though we like the pork as well. Go wild. 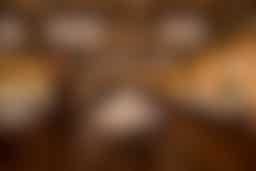 You have family in from out of town, and they want to go somewhere “hip.” But they also want to be able to walk from their hotel, so Quality Italian is where you should take them. It’s almost like a midtown version of Carbone, which sounds like it would be a disaster, but actually works quite well. The important thing is that this restaurant is not stuffy, and it is also one of the few places around here that has a “scene” of some sort. And though the big chicken parm served in a pizza dish gets a lot of the attention, you can also eat a nice, simple piece of fish here too. 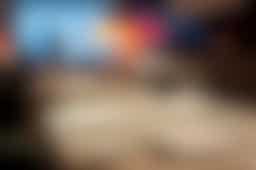 Marea is one of those restaurants you walk into and think, “Oh. This is going to be good.” The upscale Italian seafood/pasta restaurant is still one of the city’s best, and it’s suitable for special occasions without being completely outrageous. While it’s a formal restaurant, it’s also a place where ordering a pasta at the bar is entirely acceptable. 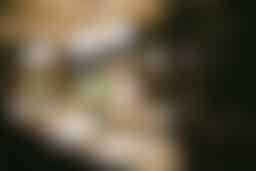 We often speak about the various categories of sushi establishments. There’s the top tier, most suitable for times you just got a holiday bonus and where the chef will get mad if you taint his fish with extra soy sauce. And of course, there’s the bottom tier: the places we order “Special B” from on Seamless and hope for the best, knowing the best is probably not what’s about to arrive. In the middle are places like Sushi Damo: reliable, serviceable spots where the rolls are probably wrapped in avocado and topped with two sauces. This one’s pretty sleek, and not cheap, but a solid deal considering the neighborhood. 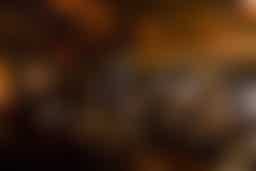 Blue Ribbon has expanded its brand so far and wide, it’s basically become our own upscale Cheesecake Factory. Somehow, these guys manage to keep quality up wherever they go, which is how they pull off this Blue Ribbon Brasserie/Blue Ribbon Sushi mashup located in a hotel lobby. Anywhere we can eat both excellent sushi and excellent fried chicken gets points in our book. The scene is predictably a little weird (old guys and young women, and lots of business meetings), but it’s still one of the better spots for a fun dinner around here. 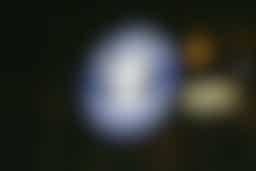 A sfilatino is apparently the Italian version of a baguette, making the sandwiches at this little market on 57th basically-but-not-exactly paninis. Semantics aside, know that while these are not quite in the running for the best sandwiches in the city, they are some of the better breads around these parts. 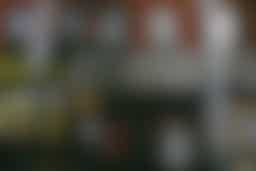 There are a lot of fairly nondescript Thai restaurants around this stretch of 9th Avenue, but picking one at random is not a good idea. What is a good idea is picking Wondee Siam. If you’re coming in person, with a group, get some chicken larb and the crispy red snapper to share. If this is a delivery-to-your-desk kind of situation, go for the Key Mao noodles. 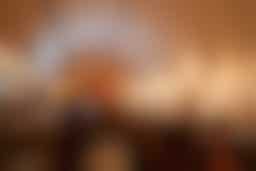 Bar Boulud is Daniel Boulud’s “casual bistro”, but by Infatuation standards this is a fancy restaurant. A fancy restaurant we like quite a lot. The French food - from salads to pates and terrines to fish to pasta - is all great. The service and wine, predictably, are great too.

Jennifer, the ballet is starting in 10 minutes. Where are you? Another stake in the Boulud empire, this is the takeout spot by Lincoln Center, and it’s worth knowing about should you need a place to hang out to kill some time or grab a lunch on the go. There’s not really anywhere to sit while you eat your expensive sandwich, so plan to stand. 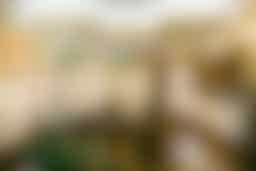 Radiance Tea House wins the award for most low key, zen place in Midtown. Is that a hard competition? No. But this is America and as you may have heard, everyone gets a trophy. Radiance is a funky little bookstore/restaurant where you can eat dumplings and soba, and then read some books about Buddhism. There are two midtown locations, and the one on 55th and 7th is a quick walk from Columbus Circle. 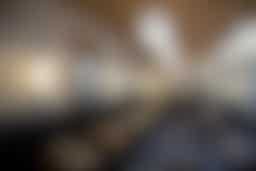 You just saw an opera in German and the ticker with the subtitles was broken. You need some easy food and a strong drink, stat. And you don’t want to have to think about it. Head to the ultimate You-Don’t-Have-To-Think-About-It restaurant, The Smith. Order a salad, order some salmon, order a burger, order whatever. This location of The Smith always comes in handy. 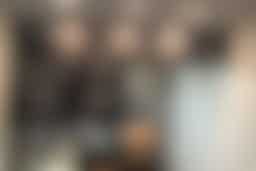 Our favorite takeout shop in the area, Poulette specializes in souped up rotisserie chicken. If you’re not about to take down a whole bird at your desk, the poultry is also available in sandwich form. 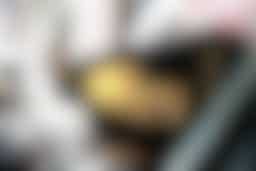 Are you wandering the mean streets of Midtown West with more than two people? Do not come to Totto Ramen. You will wait for hours. Do, however, roll solo - a single seat is usually available, and this is some of the best ramen around. It’s a chicken-based broth, making it a little lighter than something like Ippudo, but still rich enough to cure hangovers and make you want to go to bed afterwards. 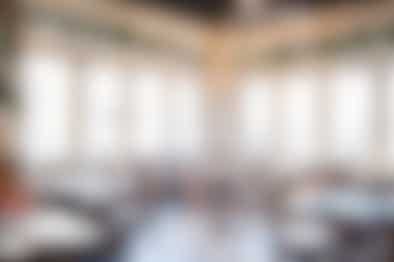 The Best Restaurants On The Upper West Side

A beginner’s guide to the best restaurants on the Upper West Side. 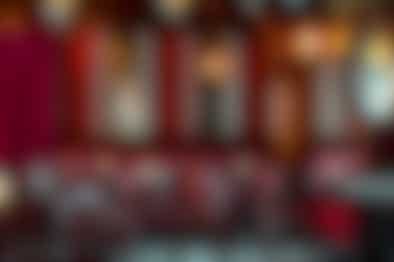 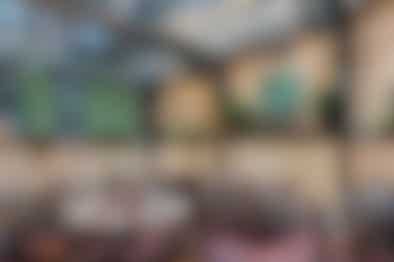 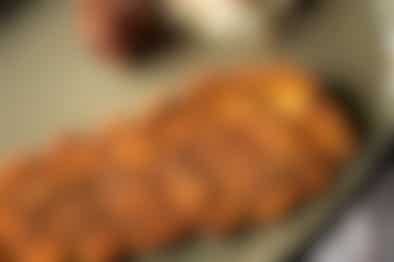 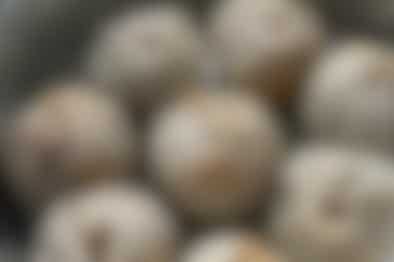 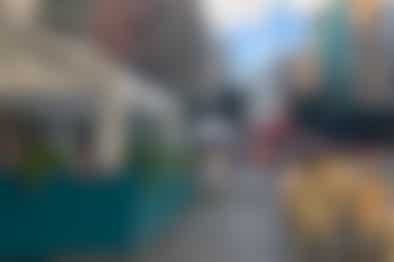 It’s like Europe, but on the UWS.
Restaurant Finder