Teddy Wolff
February 6, 2021
A New Queer Pop-Up Series Comes To Brooklyn
Too many of NYC’s queer community spaces closed this year – Ursula is hoping to help create new ones.

Out of the 30 spots on our guide to New York’s great LGBTQ bars from 2019, only 10 remain open for service today. And, at the end of last year, Meme’s Diner – which some regarded as queer Brooklyn’s second home – closed down permanently. Many of these restaurants and bars weren’t just hangout spots. They were reliable, safe spaces for the queer community. And now they’re gone – either temporarily or for good.

Eric See, a queer chef and the owner of Ursula in Crown Heights, is set on preserving Brooklyn’s queer food spaces. For starters, he’s launching a takeout series at his New Mexican cafe this month, where six different NYC-based chefs will be taking over his restaurant. Each chef in the series will serve food that’s intrinsic to their own identity, and diners can expect everything from tamales and pelmeni, to carrot flan and lumpia. 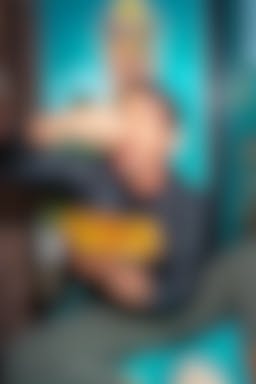 Ursula itself began as a pop-up at Hunky Dory in Crown Heights during summer 2020, when Eric experimented with a menu based on his home state’s food. “[Operating a pop-up] helped me financially to be able to stick through the summer, but it also helped me test this concept for Ursula and figure out my next steps.” In turn, Eric was motivated by the central idea of sharing resources and coming together as Brooklyn’s queer community. He’s built a restaurant team with this in mind – 80% of Ursula’s staff identifies as queer.

Now that Ursula is up and running (deliciously, by the way), Eric says this new pop-up series is his way to help empower the queer community in the same way it has empowered him. “I have a lot of queer friends who have food businesses or restaurants that have had to pivot entirely or that lost their businesses...the motivation for this [series] is to buoy the community and bring some of that ideology back into this space.” 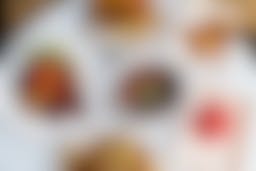 In addition to giving Ursula regulars something new to get excited about, Eric is hoping these short-term collaborations can widen the exposure for the six chefs participating. “I’ve seen the positive impact of sharing space with our community members and what it can do for people.”

This year there’s been an explosion of NYC pop-ups, (in fact, there are so many that we dedicate an entire guide to the newest ones every week) but Eric doesn’t want Ursula’s new kitchen-sharing series to get lost in the Instagram shuffle of trendy food events where cool people go to be cool. “I wanted to make it specific to the queer community. There’s quite a wide diaspora of food - every single one of these projects is going to be different than the next.” 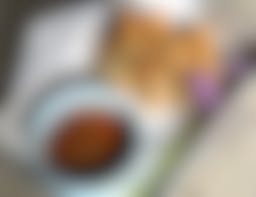 In terms of logistics, Ursula will be closed for their normal takeout service during each pop-up date listed below. If you’re interested in trying one, you’ll be able to pre-order through each chefs’ linked page, and there will be a limited supply reserved for walk-ins.

Here’s what to expect from Ursula over the next two-ish months:

The chef behind Brooklyn-based catering company, Woldy Kusina, will be cooking a menu of Filipino dishes. In the past, Woldy Reyes has run pop-ups at other spots in Crown Heights like Hunky Dory, but Eric says Woldy has been on a hiatus and that he’s bringing him back to Brooklyn selfishly. For his February pop-up at Ursula, Woldy will be making things like bibingka waffles, a crispy mushroom sandwich, lumpia, pancit noodles, and a Filipino breakfast pastry. 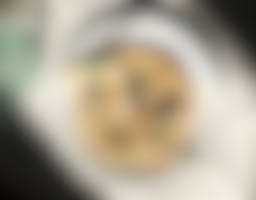 Trina and Jessica Quinn will be cooking food from their Eastern European pop-up, Dacha. They’re a couple (or, as Eric calls them, “a powerhouse couple”) who split the pop-up’s savory and sweet duties. Among the many Eastern European influences in their food, Trina and Jessica’s menu is inspired by Latvian, Ukranian, and Polish cooking traditions. In other words, you’re going to want to warm your hands and soul with a bowl of their hot pork-and-onion stuffed pelmeni. 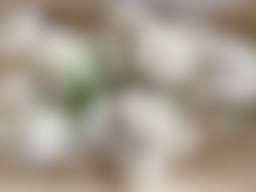 If you like tamales, get to know the work of Tony Ortiz. After moving to NYC from the Bay Area this fall, they've been selling tamales and other Mexican dishes on social media to support himself through culinary school. Tony develops recipes based on techniques used in the Zacatecas region of Mexico, where their family is from. Eric met Tony through another chef running a pop-up in the series, Zacarías González, who helps Tony distribute tamales at the wine store, Dépanneur in Downtown Brooklyn. 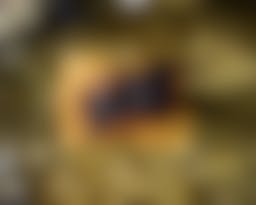 Every pop-up needs its sweets. Sometime in late March (or beyond), Zacarías González will be offering a pastry-forward menu at Ursula, that focuses on gluten-free baking with roots in Mexican and Central American flavors. Eric says Zacarías makes a carrot flan that’s sweetened by the carrot juice - and if it’s not present on the menu, we’ll have to write a strongly-worded email and then decide not to send it. 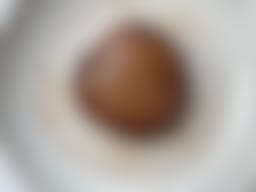 Hender Gonzales, a chef at Ursula, will be focusing on food inspired by his Peruvian heritage. Stay tuned for more details on what Hender will be cooking and when it’s happening.

Where To Go Island Hopping In Brooklyn’s Little Caribbean
Shelley Worrell, founder of caribBEING and lifelong Flatbush resident, shares her favorite Black-owned businesses in the neighborhood.

A Definitive Ranking Of The Celebrity Wax Figures At Peter Luger
Wax celebrities have overtaken Peter Luger’s dining room. We ranked them in order of intrigue.

A New Queer Pop-Up Series Comes To Brooklyn
Too many of NYC’s queer community spaces closed this year – Ursula is hoping to help create new ones.