Where To Book Dinner For Your Terrible Boss

The 12 best restaurants for your boss’ next dinner.

Your boss makes a lot of money. Or, at the very least, a lot more money than you do. So him/her going off to expensive restaurants every night while you sweat out another box of Trader Joe’s tikka masala on your couch is just the way life looks right now. But on the bright side - you can still take three shots of Fireball in public and wake up next to your ex and not have to worry about what the kids will think. Small victories.

Remember that when your boss calls you to set up tonight’s fancy dinner. And use this guide to help you nail that perfect restaurant - a place that’s pricey but not over-the-top, mature without giving away how old you think they are, and most importantly - somewhere you can actually get a reservation.

Check out more ways to save your job (and your soul) in the rest of our LA Assistant’s Survival Guide here. 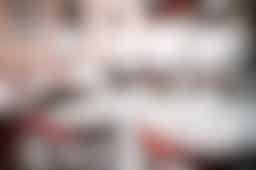 Perfect For: Boss Who Thinks Poké Is That Game Everyone’s Playing On Their iPhones

Does your boss sign their name after every text they send you or have absolutely no idea who Lena Dunham is? Book them a table at Gardel. Not because it’s perfect for people without active HBOGo accounts, but because this Beverly Grove Argentinian spot has food that’s both familiar and good. No real surprises, and that’s entirely the point. They’ll get their filet, some penne bolognese on the side, and a caesar because their doctor told them to up the greens this year. 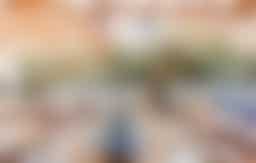 Smack dab in the ice-cold heart of Century City, Hinoki & The Bird is ground zero for all things Hollywood power dinners and your only move when the boss barks that he/she “needs to settle this deal tonight.” Here’s the good news - this CAA swap meet is going to please. The menu is “Californian meets Japanese” which, in this case, apparently means everything. From oysters to boar ribs to lobster rolls, your boss will be happy whether they’re eating it or throwing it across the table at someone. 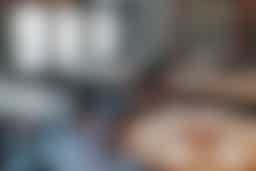 Perfect For: Boss Who Thinks Meat Is A Status Symbol

Your boss once mentioned in a meeting that eating asparagus in public is a sign of weakness. No point in trying to fight that one, so make a reservation as fast as possible for the red meat shangri-la that is Chi Spacca. Part of the three-restaurant Mozzaplex on Melrose and Highland, Chi Spacca might seem small and subdued, but it’s all about going as big as possible here. If a 50oz. porterhouse for $250 doesn’t do the trick, then give up. 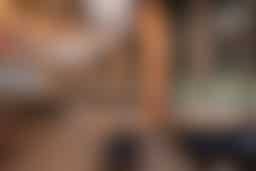 Perfect For: Boss Who Thinks Lake Como Just Isn’t What It Used To Be

It takes about two seconds inside this spot on top of the US Bank Tower to realize it revels mostly in one thing - impressing the sh*t out of people. If your boss is the kind of person who would be unfazed by a Tesla convertible filled with sexually-fluid Michael Kors models, 71Above is your best bet to at least get them to nod approvingly. The interior feels like one massive art installation, you can choose your own view during the reservation process, and while the vibe inside isn’t the most exciting in town, the three-course meal is always solid. Also, it’s 71 stories high and you can literally see all of LA from here. 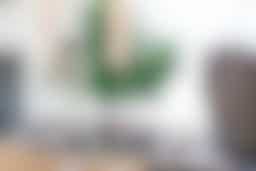 Perfect For: Boss Who Says They’ll Eat Anything, But They Mean Only Salad

You’ve been down this road before. Your boss always says she’s down for whatever as long as it’s good, and every time she orders the chopped salad. Save yourself the stress and just book Gracias Madre. While we’ll never fully endorse Mexican food without meat or cheese, this gluten-free Instagram palace in Weho does a very decent salad. And those drinks? Always fantastic. 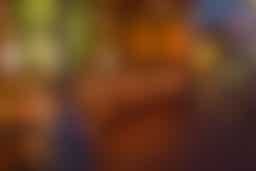 Perfect For: Boss You Haven’t Seen In A Month

If we lived in Malibu and could afford Nobu on a regular basis, you wouldn’t see much of us either. In a city where five-star sushi places are all but stacked on top of each other, Nobu Malibu is the undisputed king of splashy sushi experiences. World-class fish, panoramic ocean views, and countless amounts of Kardashians. 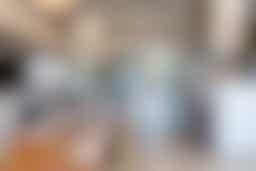 Your boss legitimately does not care anymore. Their marriage ended in courtroom chemical warfare and he/she is now dead set on wringing their spouse dry as quickly as possible. Trois Mec is one of those ticketed restaurants where you spend hundreds of dollars eating strange things a chef from TV thought up last night in his jacuzzi. You don’t come here for the warm vibes and kind hellos. You come here to eat experimental food in a laboratory setting, drink the most expensive bottle of wine on the menu, and not give two sh*ts how much the bill comes out to. 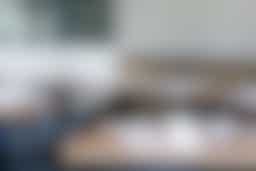 Perfect For: Boss Who Wants To Eat “A Foodie Thing”

Your boss had a cronut at a catered Christmas party nine months ago, and now thinks he is Anthony Bourdain. He loves showing you pictures of melted cheese on the internet and very recently said “the beet is unstoppable” out loud. Just go with it. Kali on Melrose is one of those places that feels experimental (wheatberry risotto?), but is actually full of things you already love (see: risotto). It’s high-end enough for a client lunch, but romantic enough for a pre-planned dinner with the spouse. 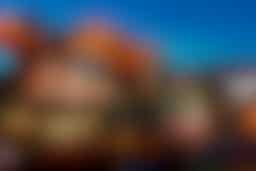 Perfect For: Boss Who Wants To Confirm Their Spouse Is Cheating On Them

EP & LP no doubt has one of the more impressive rooftop patios in the city, but it’s also one of those sacred places where high-powered bigwigs collide with the thirsty Eurobros and club rat coeds trickling down from Sunset. To put it frankly - it’s a scene. The downstairs restaurant itself is fine and its Asian-fusion menu won’t offend anybody. But things get touchy-feely fast on that patio, so keep your eyes peeled for spouses. 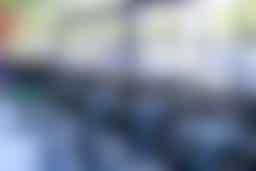 Perfect For: Boss Who’s Actually Just Your Roommate And You’re Holding The Boom Mic For His Sh*tty Short Film All Day

You technically don’t start your bartending shift till 5pm today and he told you he’d buy you lunch - that’s good enough for you. Mendocino Farms is basically LA’s version of Panera Bread that’s not a bummer, and a great option when someone hands you their credit card and tells you to spend $50 amongst four people who seemingly don’t care what you bring back. The sandwiches and salads taste way better than they need to, and it’s never not fun to order “A Sandwich Study Of Heat” in a sexy accent. 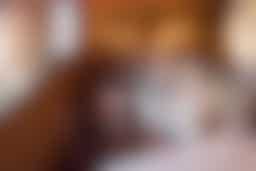 Perfect For: Boss Who Died 14 Years Ago

Are you being haunted by your old boss? Are they hungry? Giorgio Baldi is a beach-facing graveyard disguised as a very good Italian restaurant in the Palisades that they’ll love. Celebrities both alive and dead have been coming here for decades to reminisce about better times, and your boss’ spirit will be gloriously set free. The wine list seemingly goes on forever and that sweet corn agnolotti with truffle is a must-order even if they can’t digest anything because they’re a ghost. 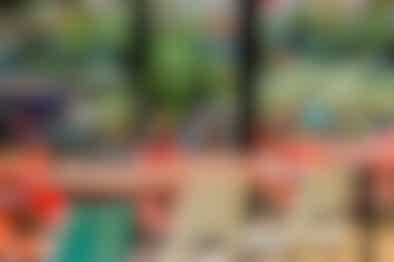 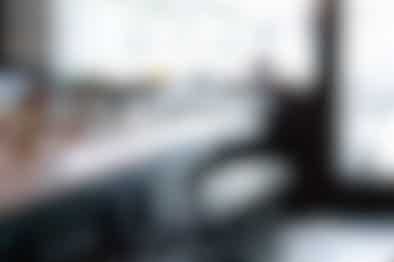 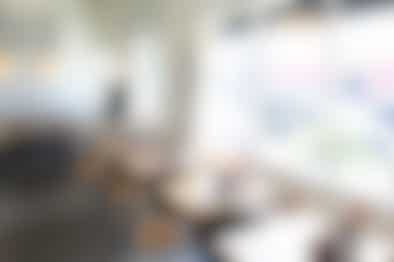 Where To Have An Affordable Date Night

22 spots where you can go on a date and also not empty your wallet.

18 LA wine bars that are actually worth going to. 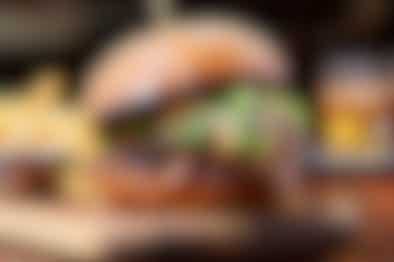 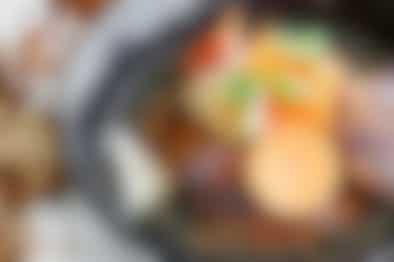 Orange County Restaurants That Have Reopened, So Far 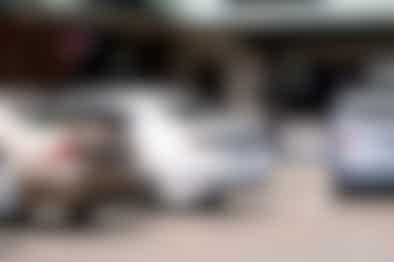 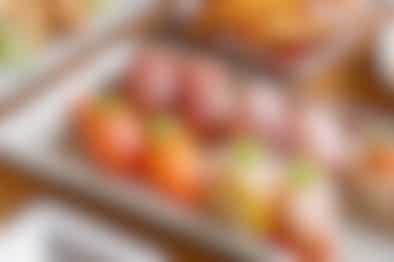