Krystal Thompson
November 11, 2020
Modern Times Leisuretown: The Beer Resort Of Your Dreams
Can’t take a vacation? Modern Times’ new Anaheim outpost is the next best thing - even if you’re not a beer fan.

Modern Times’ taprooms come with some incredible - or incredibly groan-inducing - names. Downtown LA’s location is The Dankness Dojo. Their North Park outpost is known as Flavordome. And their newest space, a sprawling, multi-building brewery in Anaheim, is called Leisuretown.

If you love Modern Times’ beer, none of that is really important - you’ve been to the Dojo and the ’Dome, and you’ll probably make the trek to Leisuretown (if you haven’t already). But if the idea of spending an afternoon at a place that sounds like a Guy Fieri side-project fills you with rage, you need to put that aside, hop on the 5, and head to this Orange County spot for a beer-filled vacation. You sound like you need it. 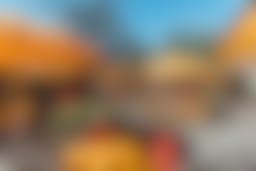 The first thing you’ll notice about Leisuretown is that it’s more of a Leisurecity - the place is absolutely massive. Modern Times adapted and restored a giant warehouse, and turned it into a brewing facility, bar, and dining room. They also took a three-story craftsman home and converted it into a huge multi-level patio, with plenty of private corners under palm trees and umbrellas for small groups to safely social-distance. The brewery employs a full-time art team, who designed the place with desert blues, yellows, and oranges, and there’s a tantalizing swimming pool and poolside bar, which will be extremely useful knowledge whenever it’s safe to be in a pool again. It feels like one of Palm Springs’ best resorts was dropped in the center of Anaheim - if that resort also served some of the best beer in the country. 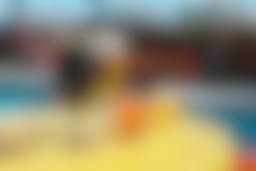 Because, let’s be honest - you’re not coming to Leisuretown to marvel at the renovations - you’re coming for the beer. The tap list here rivals those of not just the best breweries in the LA area, but the best in the world. Modern Times has only been around since 2013, but they’ve grown into a massive operation that brews innovative versions of every beer style imaginable. They’ve got pils and lagers, like Foeder Ice, a floral and oaky pils that will convert any Coors Light-loyalists in your life. And if you’re more of hophead, their wildly juicy IPAs are like pineapple and tangerine smoothies. These New England-style IPAs match even spots like The Alchemist, the Vermont brewery that’s the gold standard for this style. They rotate through these beers regularly, but anything dry-hopped is usually our favorite.

Even if you’re not typically a beer-drinker, their sours and high-ABV “biggies” might just change that. The sours and saisons are incredibly complex and beautifully yeasty. Some are aged for months, such as the News From Nowhere, a cuvee of red sours aged in red wine or cognac barrels, then further aged in moscatel sherry casks. The result is a subtly sweet, powerfully sour funk bomb. You’ll also find ten or more taps of fantastically boozy pastry stouts, often 13% ABV or higher. These sweet, syrupy wonders involve options aged in bourbon, rye, or Irish whiskey barrels, and then loaded with adjuncts like peanuts, coconut, or Tahitian vanilla (or in some cases, all three). 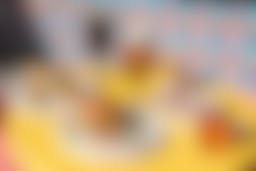 Since COVID rules are still a thing, you’re going to have to order food while you’re here if you want to drink. But unlike a lot of breweries, that’s not a bad thing. The menu reads like it was written by a devastatingly high vegan, with munchies-satisfying options like a double Beyond burger with smoky mushrooms, shallot jam, and coconut American cheese, a three-pound plate of asada fries (made with seitan), and the Munchwrap, their version of Taco Bell’s stoner classic. And don’t overlook the donut holes that are buried at the bottom of the menu - they’re hot and crunchy, come with melted salted caramel on the side, and definitely deserve better billing.

Above all else, Leisuretown feels like a welcome break from reality - and in that regard, the name fits it perfectly. Booking an extended stay at a five-star hotel may not be in the cards this year, but an afternoon at a resort with some of the world’s best beer and vegan junk food is. And just wait until that swimming pool opens. 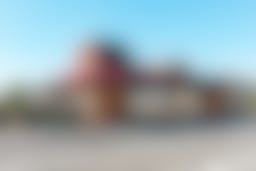 The Best Noodle Soups In Los Angeles
From ramen and pho to matzo balls and boat noodles, here are 22 delicious bowls of soup to get you through another blustery(ish) LA winter.