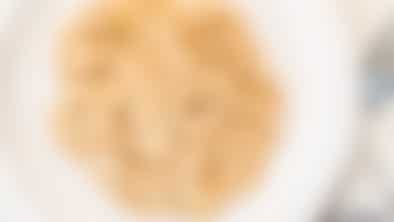 Where To Eat Cacio E Pepe In London 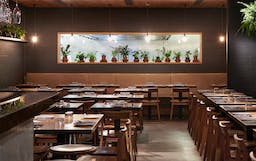 Full details
Perfect For: Casual Weeknight Dinner Catching Up With Mates Date Night Dinner with the Parents Eating At The Bar Lunch Walk-Ins

If you’ve ever spent any time with anyone who used to work, go out, or take a piss in Soho, then you’ll know that it was much better back then. You know, back in the glory days. They’ll say it’s not the same now. It’s changed. Too many Prets and iPhones. Not enough brothels. They’ll shake their head. They’ll sigh. They’ll look lovingly at a bin they were sick behind 20-odd years ago. And then, just when they think all hope is lost, that’s when you tell them about Manteca.

Manteca is an Italian-ish restaurant on Great Marlborough Street, and it’s the kind of place Soho should be known for from here on in. It’s a packout-by-7pm-pasta specialist that doesn’t seem to care about much else other than reminding people that a central London restaurant can still be the full shebang. Delicious. Fun. Good value. And, cool. 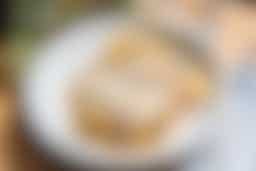 You want to come here in the evening if you want all of those things. That’s when Manteca is all the sounds of Soho. The hum of conversation, the tip-tap of forks hitting plates of pappardelle, and the thud of negronis and wine hitting the table over, and over, again. Size-wise, it’s a little bigger than a couple of single decker buses side by side. Only with black walls, hanging plants, an easy-on-the-eye amber hue, and two banquettes filled with tables, plus some more in the middle. It’s not cramped but - at the risk of sounding like a sex shop copywriter - they’ve maximised their inches. You could lean over and twirl a forkful of another table’s crab cacio e pepe if you tried, though you’d have to be quick: none of the pasta sticks around for long.

The menu is split between small plates, four or five pastas, and big hunks of meat. Plus some unmissable desserts. The pastas are essential, as are the crispy pink fir potatoes with silky smoked cod’s roe, but you can’t get them all first time around. So, if your first visit is a date night (good call, by the way), we’d recommend those potatoes, whatever bitter leaf salad is on, the ox cheek pappardelle, and another pasta. The ragu, so often an underwhelming must-order elsewhere, is delicious. Lacking in visible sauce but 4K in meaty flavour, it’s a horrible thing to pretend to happily share. Also, it costs £9.50. Nine [nahyn]. Pounds [paunds]. Fifty [fiftee]. And there’s a solid bowl of it too. 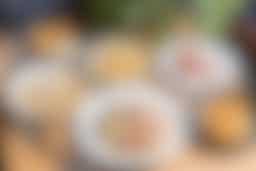 This is the story with everything at Manteca. And this is why you’ll need to plan trips ahead. Date night first. Friday night with friends next. That way you can get the deep fried ciccioli (fatty pork cakes) and the oh-so-rich crab cacio e pepe in as well. Next, a lunchtime catch-up with the in-laws. Borlotti beans on toast - a snack that Heinz would have invented if they’d done a year abroad in Florence - should be on your mind. And a pasta you haven’t had too. We have to caveat that bits of meat like the pork chop are nice, but they’re not must-orders. The warm date and prune cake is. It’s a brown slab sat in a puddle of brown caramel with a brownish scoop of ginger ice cream on top. There aren’t enough brownie points in the world to give to it.

More than anything, Manteca feels like a people restaurant: full of us and made for us. It’s about your satisfaction rather than anything self-congratulatory. You’ll drop £20 on a bowl of perfectly cooked pig tail garganelli, plus a scoop of dark chocolate sorbet, and walk out compelled to run into Spaghetti House around the corner and start shaking everyone in there. Not because they’ve made a bad decision, but because there’s a much better one two minutes away. Yes, Soho’s changed, but the things that make a great restaurant haven’t. 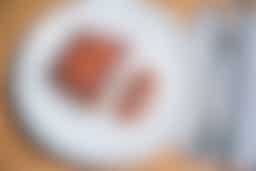 Just look at it. A fat slice of fried pigginess with an artful dollop of apple ketchup. Which is basically just fancy apple sauce. This should definitely be on your table, especially if there are a few of you. It’s crunchy, it’s meaty, and it’ll cost you £5.50. 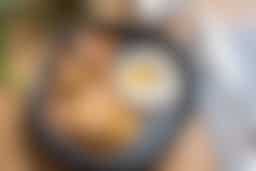 These potatoes look very similar to our sofa cushions just after Arsenal have conceded an 84th minute equaliser, only these have been artfully pummelled before crisping, rather than punched and then sobbed into. The combination with the smoked cod’s roe is an instant winner.

Aesthetically, this isn’t going to blow up your feed. But flavour-wise, this hunk of herby bean paste on an oil and garlic covered focaccia won’t disappoint you.

There’s usually a puntarelle or mixed bitter leaf salad on, and considering the richness of lots of the dishes here, we’d recommend you order it. Not just because it will cut through other things, but because it tastes good too. 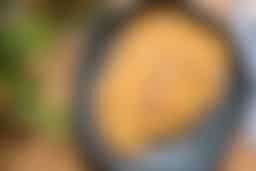 This definitely isn’t one for the purists out there, but it is one for anybody who occasionally finds themselves waxing lyrical about their favourite crustacean as if they grew up in the same shell. The sauce is mega-rich and we’d recommend it as a sharer rather than as a solo bowl. 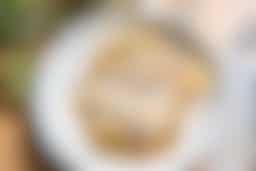 Our go-to order. The pasta’s got all the chew, bounce, reverberations, and whatever else people want from flour, eggs, and water. The ox cheek is moist and though there isn’t a tonne of liquid sauce, the pasta and meat is covered in what we can only describe as ‘flavour’. Salty, meaty, parsley-scattered flavour.

This kale farfalle with chilli is all things you want in pasta: chewy, saucy, a little spicy, with a sprinkling of parmesan on top. And it costs £7.50. You can barely get a pint and a packet of crisps for that. 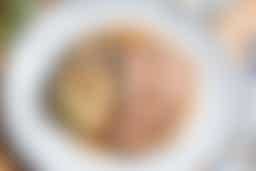 Don’t get us wrong, this is a tasty pork chop. But is it better than two pastas for around the same price? We don’t think so. Also, it’s crying out for a more significant sauce.

If you like sticky toffee then you’re going to really, really, really like this. No, love. It’s a significant portion of moist date and prune cake, bathing in caramel with a scoop of ginger ice cream slowly, melting, on, top. You’ll share it but you won’t want to. 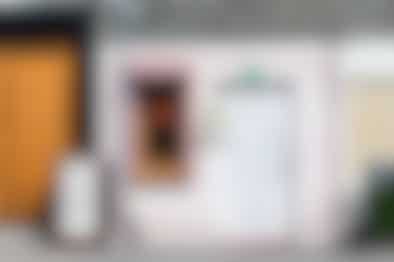 Pleasant Lady is a cheap as chips jian bing specialist operating out of a charming hatch on Greek Street in Soho.

The French House is a legendary Soho drinking institution that serves simple classics in its upstairs dining room. 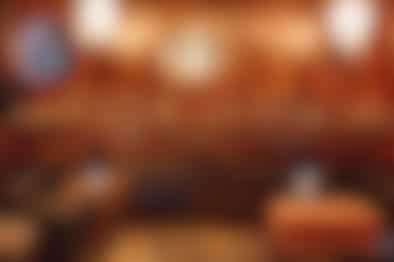 68 and Boston is great for when you need a bar in Soho that’s nice and can fit a group at the last minute. The cocktails and whiskies are good. 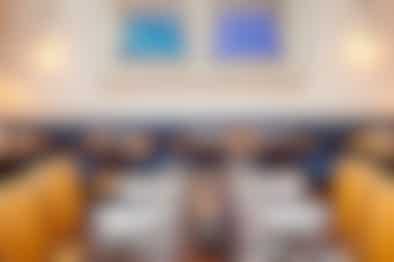 Need a cosy, plush Italian restaurant in central London? Cafe Murano in Covent Garden is a safe pair of hands, with fine wines and upmarket cuisine. 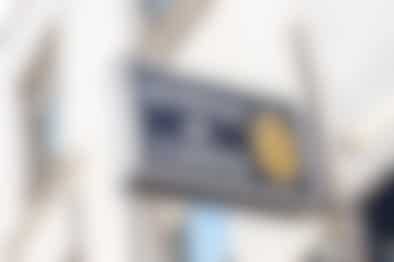 Anima e Cuore is a local Italian spot, and the best restaurant in Kentish Town. 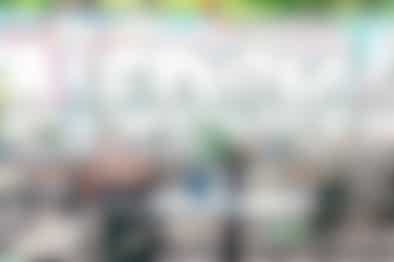 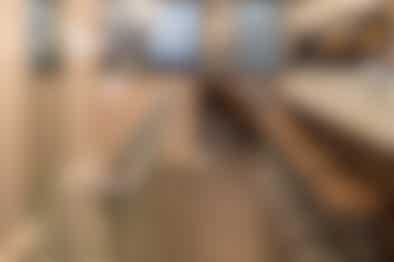 If you want to know where to find the best Italian food in Soho is, it’s at Bocca di Lupo.

Campania is an Italian restaurant off Columbia Road ideal for a romantic dinner, that’s equally lovely during the day. 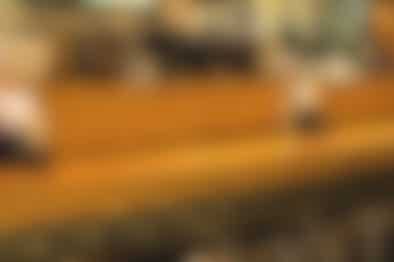