The moment the tiniest, slightest, flirtiest, glint of sun comes out in London, the message is the same: pub garden. Before you know it, the entire city has descended into any drinking hole that has half a bench outside, and a menu that uses pulled pork in no less than ten different ways. Yes you’re happy to be in the sun, but are you happy to be drinking six quid pints of flat lager and eating a glorified oven chips? No. No you are not. That’s why we’ve taken on the impossible: a guide to some of the best pub gardens in London. So next time the sun comes out and everyone’s calling for the pub, you know where to go. 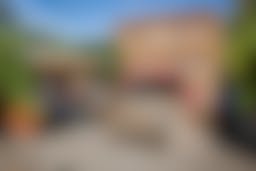 Getting to hang out in a spacious garden in Highgate Village would usually cost you seven figures and/or an arrest for breaking and entering. Thankfully you can head to the Flask’s nice and airy front garden instead. This old pub got bought by Fuller’s a few years back, and they’ve given it a little bit of TLC whilst retaining it’s village-y and hidey-hole interior. The food is nice enough, and there’s decent choice, so it’s a good place to head if you’re with someone who’s a bit picky.

Good for: Lots of people with lots of different tastes.

Not so good for: It’s a chain pub, which isn’t everyone’s thing. On those rare days when the sun comes out, on those even more rare nights when it’s warm enough to sit out, or when a local celebrity dies, it gets mobbed. 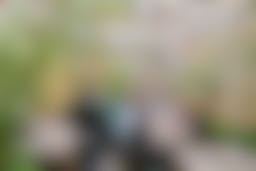 There’s something uniquely lovely about pubs on residential streets. You think that you’re one of the only people to know about it, until you enter and every other resident of Islington, complete with transparent-rimmed sunglasses and 4x4 buggies, is in there. Oh well. The Earl of Essex is still a great pub. Its cosy walled garden is one that suits late afternoon and early evening, when the sun falls behind the surrounding houses, and all you can think about is the crab salad and brisket fries.

Not so good for: Drinkers without dates.

The Lighthouse is one of those pubs where you wouldn’t expect a great deal of outside space, if anything at all. In reality it has a very nice patio that also has the benefit of a TV. This is good if you’re sportingly inclined, but not at all intrusive if you’re not. The food wants to be more than your standard pub and it’s all the better for it. It turns out calamari with a gochujang remoulade is an excellent drinking snack.

Good for: A relaxed day of rest and recuperation in the sun.

Not so good for: Going out in northeast London afterwards. 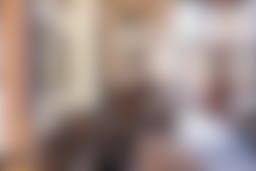 An old school local where you’re just as likely to find a family with dogs in tow as you are a single, bearded man supping on a pint of bitter, The Southampton Arms is the best kind of independent pub. Beer and cider is what you should be drinking here, and pork bap is the order of day, while the veggie scotch egg is also very good. Don’t let the simplicity of everything fool you. This is an excellent place to drink, eat, and spend cash (only). It’s just a short walk away from Gospel Oak station, and it has a hidden away outdoor space that makes it perfect after a day spent on Hampstead Heath.

Good for: Pints, pies, and pals.

Not so good for: Fussy eaters, card-only payers, big groups.

The Albion has one of those pub gardens that you can easily end up in until late. It’s big, wisteria-filled and has a lot of seating options. You’ll have competition though, this place is a N1 destination when the sun comes out. Yes, it gets busy, and it’s sometimes filled with a slightly rah crowd, but the outside space is excellent, and so is the drink selection. The food is tasty too - just don’t bother with the more creative, expensive dishes. Also, if the back garden is rammed, they have a fair amount of space out front as well.

Good for: Reservations, big groups, a day in the pub.

Not so good for: People who have strong reactions to men wearing loafers without socks. 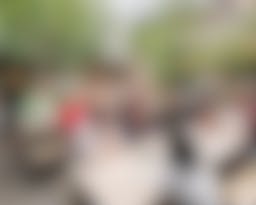 One of the greatest and most underrated miracles of the everyday is walking into a packed pub garden at the exact, precise, moment a table gets up to leave. What could have been an hour of twitchy drinking and intensely staring at people having a good time suddenly turns into instantaneous joy and comfort. This is what we’ve felt at The Landor, and it’s made all the better by the fact that this is one of the best gardens in London. Hands down. It’s big, welcoming, and has a friendly atmosphere. This is, undoubtedly, the best thing food and drink related to have happened in Clapham since Ainsley Harriott.

Good for: Spending all day in.

Not so good for: Anyone looking for fancy-ish food.

You know that famous art print. The one where there are stairs going up and to the side and coming from ceilings that are also floors that are also walls? This one. That’s what the garden of Finsbury Park pub The Faltering Fullback is like. This is probably the best and worst outdoor space to get drunk in in London. Best because it has loads of different areas for groups big or small, and they serve pretty good Thai food. Worst because, well, stairs aren’t our favourite thing after we’ve had a few.

Not so good for: Those who are less mobile. 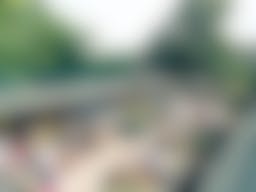 The Crooked Billet is a classic new age East London pub. Bowl haircuts and fringes are everywhere you look, the menu is tasty (if overpriced), and at some point you’ll probably feel like punching someone. Worry not though, because it also has one of the best gardens in London. It’s huge, full of lots of different areas, and also has its own separate bar. This is a place to come and pitch up in en masse.

Good for: Big groups and all day drinking (and eating) with the fashionable locals.

Not so good for: Anyone whose short temper is triggered by the self-consciously fashionable.

The Scolt Head is the local that every person dreams they had, unless you live in De Beauvoir of course, in which case it’s the local you’ve got. Lucky you. This is a properly good pub that’s always full of families, fellas and friends. The front garden is surrounded by trees which makes it feel more like a country pub than one in the capital. The food here is classic and very well done - it’s a pate, pies, and Eton mess kind of a situation - and will ensure you’ll more than likely spend the day here if you nab a table outside. One of the best around.

Good for: One and all.

Not so good for: Big groups who arrive late in the day.

The Duke of Sussex

The Duke of Sussex is a big old Victorian pub that’s way out west. This means it’s a great in between spot for when your only friends in Kingston are trying to get you to come down to theirs, but you can’t face the tube journey, followed by an overground, and then a couple of buses. It’s not quite as chichi as deepest southwest London, but it’s conveniently close to Chiswick Park tube, and the better than average pub food (with some Spanish twists), and rambling, slightly rural-feeling garden, should be enough to keep your snobbiest friends from moaning all afternoon.

Not so good for: It’s very, very west. And the District line is long.

You’ve done your part and walked your dog and/or some children in Dulwich woods because you wanted some of that ‘fresh air’ and ‘nature’ in your system, but now you’re parched. Luckily there’s the Dulwich Woodhouse, a pub where you can grab a drink and then continue to run around like lunatics in their massive beer garden at the back. When we say you, we mean the dog and the kids, of course.

Against: On a summer’s day there will be lots and lots of families there.

This is our confession: The Chesham Arms doesn’t actually serve food. But. BUT. It lets you order pizza from Yard Sale (one of our favourites), and also has one of the best gardens in London. So what you have is an excellent neighbourhood pub that’s often filled with lovely, happy people laughing, chatting, and eating pizza that’s larger than most one-bedroom flats.

Good for: Pints, pizza, and pals.

Not so good for Booking, reserving, and lots of food options.

The days of breweries being solely filled with bearded men wearing boots made for manual labour, not multiple Ubers, seem to have passed. Case in point: Crate Brewery. This warehouse on the River Lee is an ideal spot for big groups, and big beer drinkers (though there is cider and wine as well). Sure it’s not TECHNICALLY a pub. But it serves a lot of beer, and has good food and a lot of great outdoor space. Are you gonna argue?

Good for: A view of the water.

Not so good for: Anyone who lives a while from Hackney Wick. 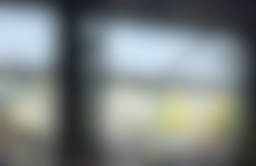 A classy, understated, neighbourhood pub, The Lord Tredegar is an excellent place to spend your day. Its garden is green, and a good size, though you’ll have to get there at a decent time on a nice day because it fills up quickly. The menu features some tasty sharing boards alongside some tarted up pub classics. This is an easy choice if you’re around Mile End.

Good for: Those looking for a relaxing retreat from the madness of the East End.

Not so good for: Anyone hoping to avoid crowds. 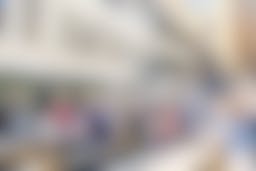 The George is an old coaching inn in Southwark with a huge courtyard garden that’s likely to be mobbed on nearly any day of the year. It’s a nice pub with some OK food, but it really comes into its own on summer evenings when local office workers and traders join tourists, and anyone else who happens to be in the area, for a massive open air party fuelled by beer and dirty fries. Warning: there might be Morris dancers.

Good for: Feeling like you’re living your best London beer garden life. And those dirty fries of course.

Not so good for: A quick pint. 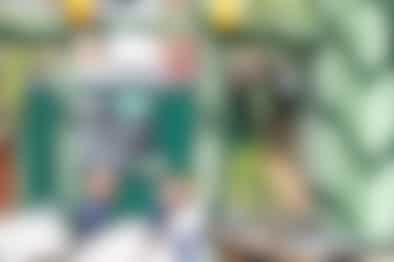 Where To Go For A Summer Date

14 spots that are ideal for a summer date. 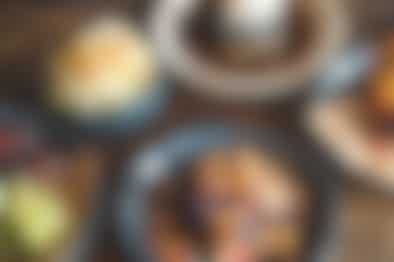 13 Last-Minute Reservations You Can Book For This Week

Need a booking but not just any booking? Here are some restaurants with space this week, just be prepared to move quick. 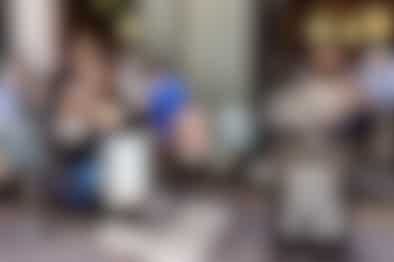 Because if you’re going to brave W1 you might as well eat some excellent sushi, pasta, and London’s best gelato. 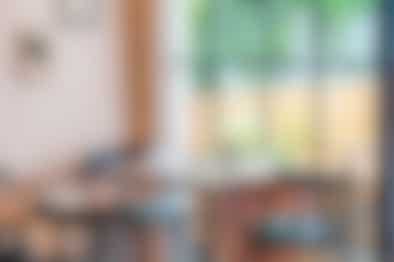 20 hush-hush outdoor areas hidden from the street that you may not know about already.
Restaurant Finder