Martha’s Patio Has Reopened + 5 Other Patios We Love

Almost a week after Philadelphia moved into the “Yellow Phase” of reopening, Martha has opened up their back patio to accommodate parties of up to six people. They’re not taking reservations per se, but they have an online waitlist that you can add your name to whenever you’re heading over.

You should also know that they’ve completely eliminated tipping in lieu of adding a 20% service charge to your bill. This means they can guarantee fair wages to all of their employees, and you don’t have to do simple math in your head before you sign your check.

Their bocce court will remain closed until the “Green Phase” of reopening, however. So we’ll be waiting patiently because there’s nothing we love more than playing bocce ball on Martha’s back patio - except maybe hanging out on a beach in Hawaii or the southern coast of France. If it’s not clear, we miss traveling a lot.

If you’re looking for other reopened patios in Philly to hang out at, we picked out five of our favorite ones below. And you can always check out our running list of everywhere in the city that has reopened for outdoor seating.

Five Other Great Patios To Check Out

Jet Wine Bar, a combo wine bar and shop on South Street, has reopened their garden in the lot next door. It only has a few tables, all of which are first come, first served, so it’s probably worth getting there on the earlier side to make sure you get one. You won’t have to place your order at their counter like you normally would - a server will swing by your table once you’re seated. They also have a long wine list, some beer and cocktails, and a couple of small bites like hummus and a cheese board if you’re in the mood to eat. 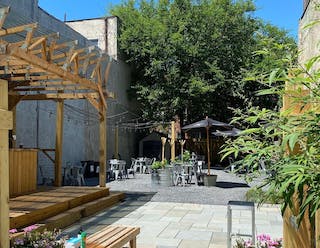 While we’ve enjoyed the “Stacy’s Mom” IPA on our couch for the last few months, there’s really no equivalent to drinking a strangely-named beer in the Evil Genius beer garden. Luckily, it’s now back open - and they’re taking reservations by phone at 215-425-6820 for their socially-distant picnic tables. In addition to beer and cocktails, there’s also a pretty extensive food menu that includes tacos, soft pretzels, and ice cream sandwiches. 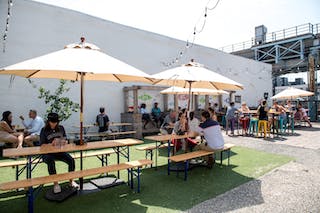 Old City Beer Garden is another place with great picnic tables that are easy to reserve online. This spot is normally crowded with groups of people playing cornhole or frisbee golf, but this summer it feels more like a respectable adult dinner party. The tables are all more than six feet away from each other, groups are limited to 10 people (no standing allowed), and instead of ordering from the usually-crowded outdoor bar, they’ll have a masked waiter taking your drink orders at your table. 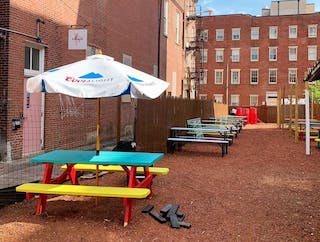 Normally you’d have to make a reservation at least a few days in advance to get a seat on Barcelona Wine Bar’s somehow private-feeling outdoor patio right in the middle of East Passyunk Ave. But right now, they’re doing tables on a first-come, first-served basis - which is great news for people who hate planning ahead. The menu is mostly made up of tapas that are perfect for sharing (or not sharing if you’re at dinner with people other than your roommates), and there’s also a very long wine list. After dinner here, you’ll wonder how you’ve survived the last four months on Cupcake chardonnay and pizza bagels. 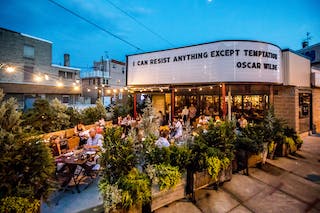 Front Street has one of the biggest patios in the city that isn’t just a beer garden or bar with subpar food. It’s a full restaurant that serves breakfast, lunch, and dinner seven days a week, with tons of vegan and vegetarian options. Plus, they take reservations so you won’t have to worry about walking to six different outdoor brunch spots only to find they all have a two-hour wait. 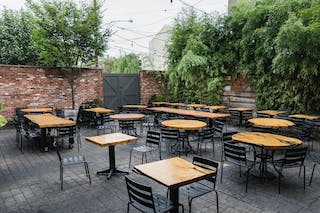 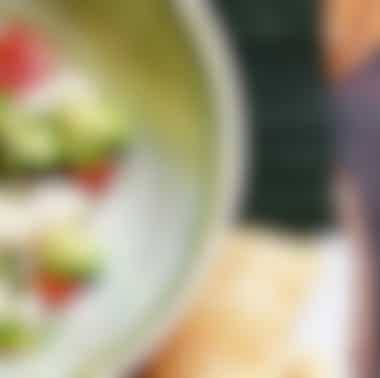 Philadelphia restaurant news for the week of 7/6/20. 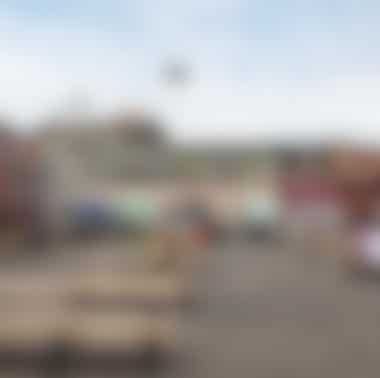 A photo series covering what it looks like to dine outside in Philly right now. 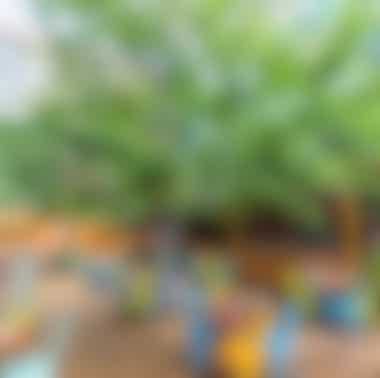 This New All-Outdoor Restaurant Serves Cocktails By The Wheelbarrow

Juno on Spring Garden is built for a socially-distanced world. 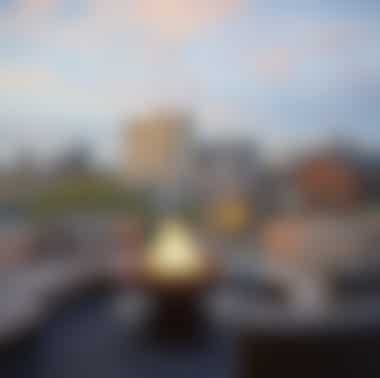 5 Great Philadelphia Rooftops (That Are...

For when you want to socially distance yourself from the ground.

More PHL... Find Restaurants
You'll need a better browser for that!
Upgrade to Chrome and start finding Restaurants.
We use cookies to personalize content and advertisements, provide social media features, and analyze traffic to our site and apps. We may share information about your use of our site with our advertising and analytics partners. Read our Privacy Policy for more information.
Accept Cookies