Cocktail Hour: A Guide To Drinking Better At Home

In a previous life, NYC Senior Staff Writer Bryan Kim was a bartender (most recently at Le Bernardin, but he also received several stitches after an especially lively brunch service at The Standard Hotel). He now spends his days writing about restaurants, while occasionally (often) spotlighting as the Official Bartender of The Infatuation - which mostly means he teaches us how to make better drinks. And now he’s going to do the same for you, with this weekly-updated guide to making great cocktails at home.

Want to see Bryan’s bartending in action? Tune into his weekly Cocktail Hour, Wednesdays on the @infatuation Instagram account.

how to make: a gimlet 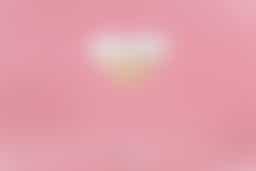 You might not know it yet, but gimlets are easy. And once you know how to make a gimlet, you can make a lot of great cocktails using the same basic formula. Traditionally, gimlets are made with gin, but if you prefer yours with vodka, go for it. For gins, a standard London Dry variety like Beefeater or Tanqueray is perfectly sufficient, and Ford’s is another good, affordable option. And if you’re a vodka drinker, you probably have a favorite already. We aren’t going to fight you over it. They’re mostly all fine.

The first thing you need is some simple syrup. This is just a 50:50 water-to-sugar ratio, and you can make however much you want (as long as it’s at least .75 oz). Just take your sugar, pour it into an equivalent amount of hot water, and stir until you can’t see any individual grains. 30 seconds should be good. Next, set your syrup aside and let it cool.

Lemons and limes are the most important cocktail ingredients (other than ice) to stock at your house. Yes, we’re going off on a tangent, but so many cocktails require lemon or lime juice, and if you heed our advice, all of your friends will think you’re cool and smart. Now, juice a whole lime. It should give you roughly one ounce, which is just slightly more than you need for a single gimlet.

Take .75 ounces of simple syrup and .75 ounces of lime juice, pour them in your cocktail shaker, and add 2 ounces of your gin or vodka. Top with ice, roughly one large handful or eight good-sized cubes.

Put the top on your shaker, and make sure it’s secure. Now, give your ingredients a vigorous shake. It should be loud and cathartic, and if you have a dog, it should start barking at you. Keep this up for about 12 seconds. (Really, the shake time depends on the size of ice cubes, but let’s assume yours are standard.) Done? Great. Your shaker should feel ice cold. Now strain your gimlet into a coup, a martini glass, or a rocks glass (with ice). And if you want extra credit, chill your glass in the freezer beforehand.

how to make: an old fashioned 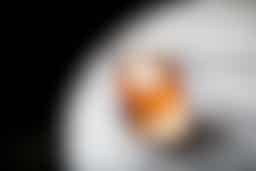 Why should you make an Old Fashioned? Because it’s incredibly simple, and you probably have some of the ingredients around your house already. If you don’t have Angostura Bitters, you can find them at a lot of grocery and liquor stores, and if you need whiskey, get yourself a decent bottle of bourbon or rye (whatever you prefer). Buffalo Trace, Evan Williams, Rittenhouse, and Old Overholt are solid, affordable options. As for your citrus peel, an orange is preferable - but maybe you only have a lemon or a grapefruit. Honestly, use whatever.

Find a glass you like. Something stout, like Danny Devito. Next, take that empty glass and add a teaspoon of sugar. White sugar is just fine, Demerara sugar is even better, and maple syrup works too (although it’s a bit sweeter, so use less).

On top of the sugar, add a few dashes of bitters. Two should do it, but you can add up to six. Next, add two ounces of whiskey. If you don’t have a jigger you might not be able to measure exactly, but just picture a really big shot. Yeah, that seems right.

Fill the remainder of your glass with fresh ice. This makes your cocktail look nice, which is great for your self-respect, and it also keeps your drink colder longer (i.e. less diluted). Finally, cut a strip of peel off your citrus. It should be fairly long with a minimal amount of that bitter white pith on the underside. Give it a gentle squeeze over your cocktail, run it around the rim, then just stick it in your drink. That’s a great-looking Old Fashioned. 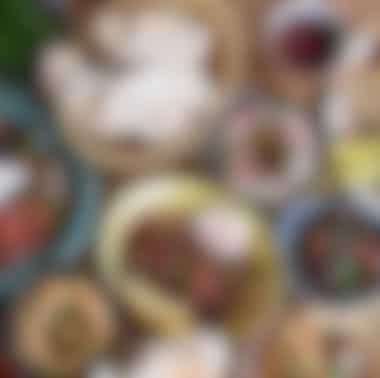 Eating in is the new eating out. So here are some restaurant answers to some indoor questions.

By Heidi Lauth Beasley, and Jake Missing on April 2, 2020 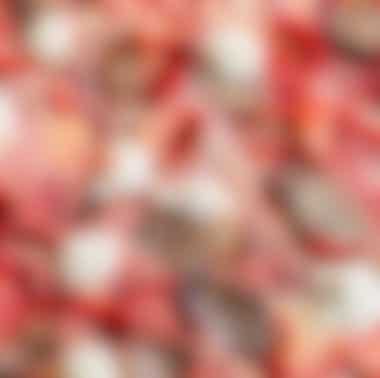 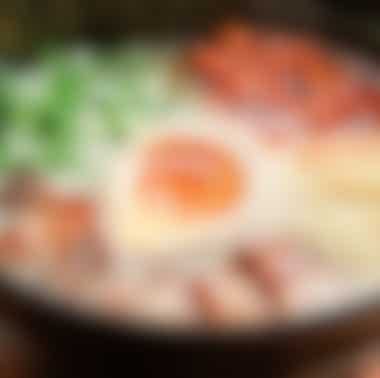 Where To Get Ramen Delivery & Takeout In Boston

Where To Get Ramen Delivery & Takeout I...

9 spots offering takeout and delivery to satisfy your ramen craving (and maybe your soul, too).