Emily Schindler
How To Make A Pisco Sour
Get to know this classic egg-white cocktail made with the South American brandy known as pisco.

If you have lemons, make lemonade. And if you have a packet of hot cocoa mix, go ahead and make yourself a cup of hot cocoa. But what do you do with a bottle of the South American brandy known as pisco? A lot, actually - but first, you need to make yourself a Pisco Sour. This cocktail was invented in early-20th-century Peru (most likely at Victor Vaughen Morris’ bar in Lima), and it remains one of the most delicious things you can drink out of a coupe. You do need to use an egg white, however. That part is non-negotiable. 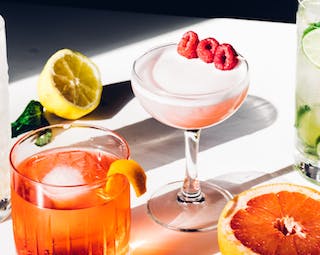 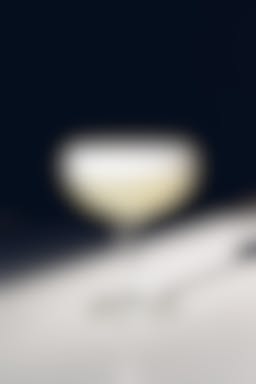 Just like thousands of other delicious cocktails, the Pisco Sour starts with lime juice. Don’t use something from a bottle. Instead, find a lime, juice it, and put .75 ounce lime juice in your cocktail shaker.

Next, to offset the acidic bite of lime juice, we’ll add some simple syrup. If you’ve never made simple syrup before, congratulations, you’re in for a treat. Just mix equal parts warm water and white sugar, then stir until the sugar is dissolved. That’s simple syrup. Add .75 ounce simple to your cocktail shaker.

Once your egg white is in the shaker and you’ve picked out any bits of shell, you’re ready to add liquor. Pour 2 ounces pisco into your shaker.

Now is when you’d typically add ice and shake. But since this cocktail has an egg white, we’ll do something called a dry shake first. What’s a dry shake? It’s when you shake without ice, in order to get your egg white fluffy and integrated with the rest of your ingredients. Dry shake your cocktail for about 10 seconds.

Finally, add around 5 or 6 ice cubes to your cocktail shaker, and give your Pisco Sour a proper shake. It should take around 20 seconds. Strain your cocktail into a coupe, and watch as a thick layer of foam settles on top. But don’t get too distracted. You still need to garnish this drink. To do so, decorate the top with 3 or 4 small drops (not full dashes) of Angostura bitters. If you want to get extra fancy, run the tip of a toothpick through the middle of those drops to make a fun design. Then drink your Pisco Sour.