Emily Schindler
How To Make A French Martini
A drink that tastes like pineapple, raspberry, and vodka.

The French Martini was invented in the 1980s, because of course it was. This is another one of those faux Martini drinks - like the Appletini and Espresso Martini - that were super popular in the late 20th century, and it makes for some very easy drinking. All you need is some vodka, pineapple juice, and the (French) raspberry liqueur known as Chambord. To brighten things up and help balance the sweetness, we also suggest a splash of lime juice. Never underestimate the power of fresh citrus. 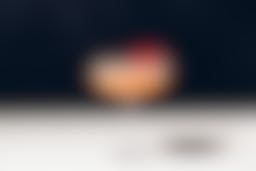 To be clear, a traditional French Martini does not call for lime juice. But pineapple juice and crème de cassis are both pretty sweet, so this will help balance the drink. Add .5 ounce (fresh) lime juice to your cocktail shaker.

Feeling ambitious? Juice some pineapple. As a rule, fresh juice is always better. But if you don’t have the time for that, feel free to use the canned (or bottled) stuff. Either way, pour 1 ounce of pineapple juice into your cocktail shaker.

Next, you’ll need to add the black raspberry liqueur known as Chambord. You can find it at most liqueur stores - just look for a spherical bottle with some fancy gold accents. Throw .5 ounce Chambord into your cocktail shaker.

It doesn’t really matter which vodka you use here. Just pick something unflavored and reasonably priced, and put 1.5 ounces of this vodka into your cocktail shaker.

Put a small handful of ice in your shaker (about 5 cubes), then shake vigorously for 20 seconds. And when we say vigorously, we mean it. That’ll help give this drink a thick cap of foam. Once you’re done, strain your French Martini into your glassware, and garnish with a few raspberries. If you did everything right, your cocktail should be frothy, vaguely orange, and highly drinkable.