Emily Schindler
How To Make A Penicillin
The Penicillin is an advanced cocktail - smoky, complex, and absolutely worth your time and effort.

If you took a class called Cocktails 101 (something that probably exists at one or more liberal arts colleges), you’d probably learn how to make a Whiskey Sour. But a Penicillin is a little more advanced. It’s a smoky, complex beverage that you’d learn during your junior year at Cocktail School, under the supervision of several professors who probably drink a lot - and if you ever order one in a bar, your bartender will probably assume that you’re some kind of cocktail nerd. That’s a good thing. Probably.

How It Tastes: Smoky, Rich, Spicy 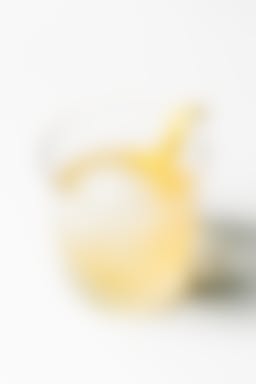 Somewhere in your home or apartment, there’s a lemon. We’re going to need you to locate that lemon and drain it of its life force. In other words, juice it. Then put .75 ounce of that juice in your shaker.

If you have honey, you can make honey syrup. It’s easy. Just use a two-to-one honey-to-hot-water ratio, and stir it up until the honey is fully dissolved. After that, add .25 ounce to your shaker.

Right now, you’re probably thinking, “Wait, I have to make two syrups for this?” And yes, you do. Or, actually, you don’t - but you should. You can make ginger syrup the same way you make simple syrup, but instead of using water, you use ginger juice. So you have to peel and juice your ginger, heat it up in a saucepan, then add an equal amount of sugar. If that sounds like too much work, we understand. You can skip this step, bump up the honey syrup to .75 ounce, and muddle a few slices of ginger in the bottom of your shaker. But let’s say you made this syrup. Add .5 ounce to your shaker.

Why blended scotch and not single malt? Because blended scotch is typically less expensive, and it works just as well as a single malt when you’re mixing a bunch of other stuff into it. That said, you can definitely use a fancy aged scotch, if that’s the sort of vibe you’re aiming for this year. Put 1.75 ounce in your shaker.

Next, you’re going to want to shake everything for about 15 seconds. If you aren’t sure how to do that, imagine you’re pumping your fist at a professional wrestling match, but with a shaker in it. Once you’re finished, pour your drink into a rocks glass (preferably over one large ice cube).

Let’s talk about Islay Scotch real quick. What is it? Well, it’s a type of scotch made on a small island off the west coast of Scotland, and it tastes kind of like a standard single malt (Macallan or Glenlivet, say) that spent a semester living beneath the surface of the ocean. It’s smoky, briny, and very distinct - which typically makes it hard to use in cocktails. But here, you’re just going to float a tiny bit on top of your cocktail - and in order to do so, we suggest you find a big spoon. Next, hold this big spoon just over the surface of your drink, and pour .25 ounce (or half a tablespoon) Islay Scotch over the back of it, so that the scotch falls gently on the top of your drink. If you can’t quite picture that, imagine your spoon is an umbrella, and your scotch is a delicate rain that drizzles down the side. How relaxing.

Finally, garnish with some candied ginger or a lemon twist, then take a sip, and marvel at the complexity of the beverage you’ve just brought into existence.