12 places for when you’d rather die than make two stops.

It’s Friday after work, it’s been snowing all day, and the guy on WBEZ burst into tears while reading the weekend forecast - in other words, once you get home, you’re staying there. But the only thing you have in your kitchen is some peanut butter, bread, and duck sauce packets. Hit up one of these 12 spots. They’re all places where you can grab something to eat and also pick up some supplies so you don’t have to make two stops and/or leave the house over the next three days. 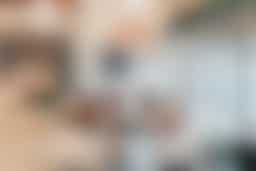 There are a few Foxtrot Markets around town, and most of them focus on upscale groceries, booze, and things like $30 candles. But the one in Old Town serves breakfast all-day too, with things like bagel sandwiches and spicy chicken biscuits. It’s the perfect stop when you need a quick bite to go along with a pint of Jeni’s, a bottle of Chardonnay, and compostable garbage bags. 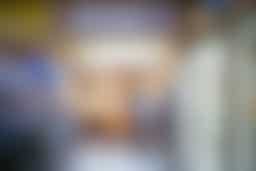 You’re huddled around the radiator like it’s leading you on the game-winning drive of the Super Bowl. In reality, it’s because it’s heating about 2 square feet of your living room. Go to La Unica. It’s a grocery store in Rogers Park that has a great little Latin American restaurant inside. When you’re here you can eat a Cubano with sweet plantains, pick up ingredients to make brownies, and think about how warm your apartment will be after you turn on your oven. 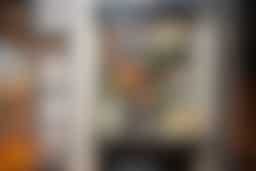 Thalia Hall makes up an entire block in Pilsen, and won’t stop adding things until it’s taken over the whole city. In addition to being a concert venue, there’s a restaurant (Dusek’s), two bars (Punch House and Tack Room), and a grocery store - Paulette’s Public Market. The market has fresh produce, bread, snacks, and things like wings and sandwiches that you can eat right away just in case you need immediate fuel before heading back out into the Antarctic. 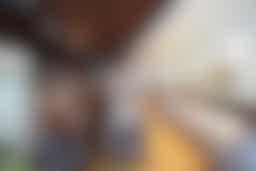 It’s time for the polar vortex, bomb cyclone, or whatever terrifying name we’re using this year. And when it’s that cold out, there’s usually not a wait at Southport Grocery. Get an order of their bread pudding pancakes, then buy a mix of that same pancake batter at the market. Make them yourself the next morning - they probably won’t be as good, but at least you won’t have to leave your house until the “nuclear ice blast” is over. 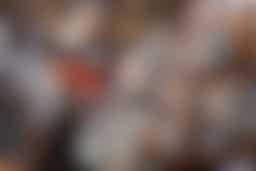 We watch enough Planet Earth to know that winter is the hibernation season, which means it’s not only acceptable to eat seven sandwiches a day but calorically necessary. Head to Spoken, a little cafe under the Ravenswood Montrose stop. Here you can get some great sandwiches, along with jars of things like house-pickled vegetables. Eat a turkey club, then get a couple of bagels, along with some fancy jams and nut butter to power you through a three-month-long nap. 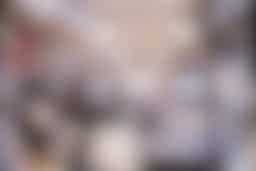 PQM is a butcher shop in Fulton Market that also has a cafe serving some of our favorite sandwiches in the city - like Tom’s Silver Medal with three types of pork. There’s also a bakery with fresh bread and pastries, and a market selling groceries and alcohol. Other things that may or may not be in this tiny shop: a tailor, a shoeshine, a dry cleaner, and Thalia Hall North. 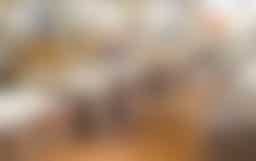 If Frankenstein’s monster was a two-story shopping center haunted by the ghost of Leonardo Da Vinci, it would be Eataly. Inside there’s pasta, olive oil, cookbooks, wine, pastries, meat, bread, a gelato bar, and restaurants like La Rosticceria. Plus, they have their own brewery, so you can turn your one trip into an all-nighter - just don’t drink so much you accidentally buy a $180 bottle of balsamic vinegar. 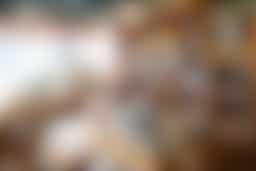 If all the Big Ten scarves aren’t enough to remind you that you’re in the Midwest, River Valley Farmers Table is here to help. It’s a Ravenswood cafe with a menu full of comforting things like mac and cheese, pasta salad, and caramel apple beignets. The waiting area is also a grocery store where they sell produce, cheese, wine, beer, and tons of housemade sauces and jams. It can get really busy on the weekends, so expect a lot of Midwestern “ope’s” as people try to maneuver around each other in giant puffy coats. 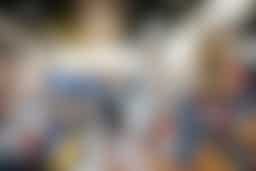 As the name suggests, this is a bodega in Wicker Park that also serves pho. The menu only has a few things on it (like soup, fried chicken skins, and rice) but the broth is excellent, and everything is delicious. The shelves are stocked with all of the things you’d expect to find at a corner store, but it’s only open until 8pm - so make sure you come for all the air fresheners, potato chips, and laundry soap you need before they close. 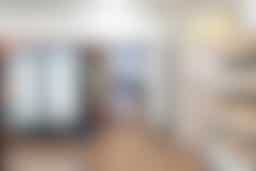 Shopping in Andersonville usually involves going from a little boutique to a thrift store to a littler boutique. This is charming during the summer, but not when it’s 11 degrees outside. Thankfully at Middle East Bakery & Grocery, you can get something to eat (like kebabs and falafel), and buy a bunch of other stuff without spending any time outside at all. They have lots of fresh baked goods, along with cute imported items. And unlike when your friend drags you from Village Discount to Crossroads then to The Brown Elephant for a ’90s denim jacket, here you can get all your shopping done in one trip. 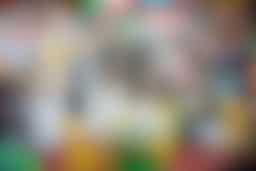 La Chaparrita is a corner grocery store in Little Village with some of the best tacos in the city. So after leaving here with chorizo tacos in your stomach and your weekend shopping finished, you’ll have combined happiness and usefulness in the way pharmaceutical companies only dream of doing. 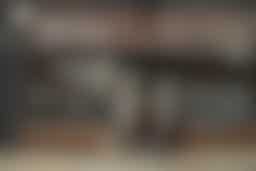 Sometimes the only extra stop we need to get us through winter involves alcohol. Go drink some at Maria’s, an excellent neighborhood bar in Bridgeport, and then take advantage of the fact that it’s a slashie (bar slash liquor store), and bring home enough booze home to last you until May. 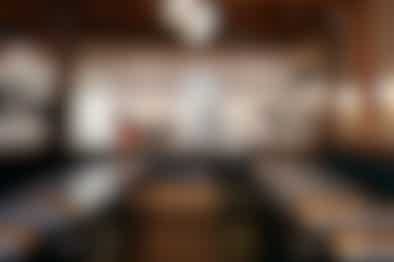 The best restaurants and bars with fireplaces, games, and hibernation food. 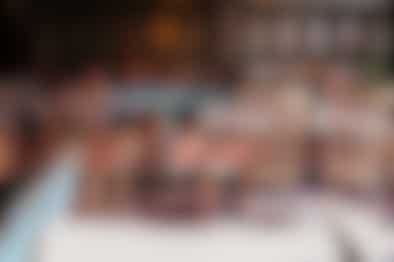 Where To Go To Pretend It’s Not Winter

The guide for when you’d really just rather be on vacation. 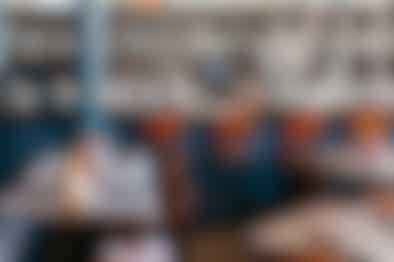 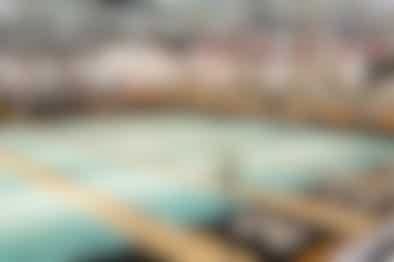 When you want to drink during the day in winter and feel good about it, here’s where to go. 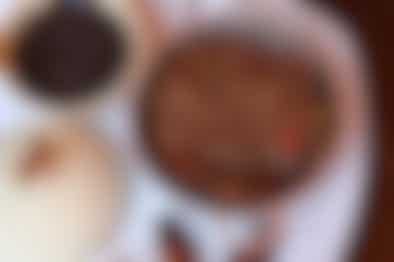 Restaurants where you can BYOB outside and stay warm. 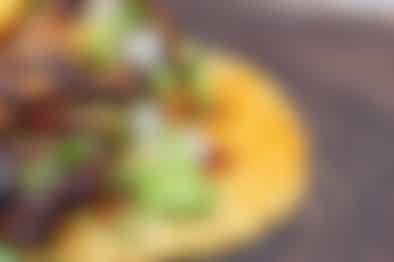 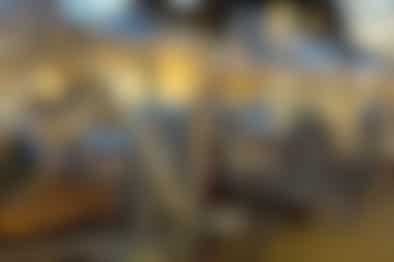 Chicago Restaurants With Tents, Domes, And Greenhouses For Outdoor Dining

A running list of restaurants keeping you warm while you eat outside. 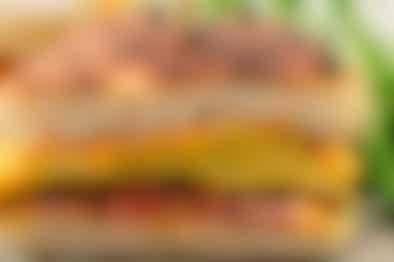 Brunch places where you won’t need mittens to pick up your Bloody Mary.
Restaurant Finder