December 7, 2020
Starline Social Club Was Oakland’s Second Home
Starline was a microcosm of the Oakland I knew, and a party where everyone was invited.

My last big night out before the shutdown was at Starline Social Club. Where else would I be? The three-story bar, restaurant, and concert venue in my hometown of Oakland, Calif. has always been the go-to spot whenever I want to spill the drama of the day in a booth, or screw the responsibilities of tomorrow on the cocktail-soaked dance floor.

So there I was, in after-hours bliss that night. I don’t remember the name of this specific dance party (Starline hosted tons, from rap and hip hop to cumbia and ’90s and ’00s R&B). But that feeling was there - the buzz from one too many palomas, and uninhibited joy from swaying to “Let Em Hurt” under the pinkish lights of the Crystal Cavern, a stuffy side room with a gaudy chandelier. And in one grainy iPhone video a friend recently sent to me, I dance around, head thrown back. The disco lights flash. Sweaty strangers gyrate around me. My mouth cracks a smile, and I am unaware that this is probably my last time inside my favorite spot forever. 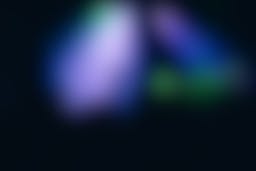 Months later, I was crushed when I read the article announcing Starline would be closing permanently. The news meant a sudden end to hip hop trivia, karaoke, open mic nights, comedy shows, the best corn dogs ever, and all the other social events that packed Starline’s calendar. It also meant no more local DJs or national acts would come through and perform in the massive upstairs ballroom that reminded me of a high school gym. Starline brought in everyone from Pete Rock and Princess Nokia to Le1f.

But more than losing my cocktail spot that also happened to host Solange, I lost a place where I wasn’t the only non-white person in the room. Starline was a socially and culturally inclusive gathering spot that made me, someone of mixed-race, feel comfortable - and not just because I always bumped into a familiar face. On any given night I could drop by and get lost in a sea of people of different ages and backgrounds - a tattooed woman with a bold lip and a leather jacket, a DJ in leopard print, a skater wearing a khaki bucket hat, and a former high school classmate whose face looked the same as it did on graduation day. On my 31st birthday, a magician plopped down next to me and pulled off a truly impressive card trick. Starline was a microcosm of the Oakland I knew, and a party where everyone was invited. 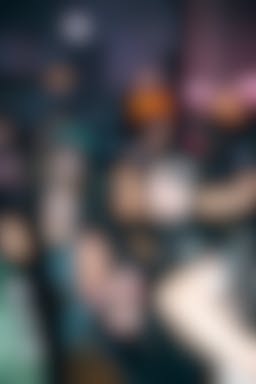 This spirit is becoming increasingly harder for me to find in a gentrifying city that no longer seems to care about those who grew up here, like me, and other BIPOC and immigrant communities. On my old block in North Oakland, I watched houses turn over to white families until eventually, I was one of the few brown residents on my street. And sometimes, those of us who remain are treated like we don’t belong. I will always remember the time a stranger in Downtown Oakland said my eyes looked squinty like a “chinaman” as I crossed a street. Starline, emboldened by its commitment to diversity, activism, and creativity, was a bright spot, a safe space.

I am not, by far, the only person mourning a beloved community space lost in COVID. A few blocks away, the iconic rock club The Uptown announced it won’t reopen when the pandemic ends. And The Stud, the oldest queer bar and nightclub in San Francisco, permanently closed in May. But what turns my mourning into hope is that the owners of Starline want to sell to someone who commits to upholding Starline’s inclusive community values - and I don’t think I can stand to see another new bar or restaurant open in this city that doesn’t serve and support the local community. Regardless of what happens to the space (it was once an Odd Fellows Hall and a janitorial service company), I know the wonderful people who drank, kissed, danced, and came together here - the community who made Starline feel like my second home - will continue elsewhere. A building is just a building. The party always goes on.