February 26, 2021
5 Afro-Latinas You Need To Know About (And The Cocktails They Inspired)
Bartender Andra “AJ” Johnson gives us a history lesson, a video series, and a few signature drinks.

When we approached our first ever Guest Bartender, Andra “AJ” Johnson, about Black History Month programming for our Cocktail Hour series, she immediately knew what she wanted to do. She even sent us a 600-word outline. We’d already suspected, but this confirmed the fact that AJ is a very thorough person.

AJ had been working on a special Afro-Latina Cocktail Box for Serenata in Washington D.C. (where she serves as partner and bar director), so she adapted that into an Instagram video series, highlighting five cocktails inspired by five accomplished Afro-Latinas. There’s only so much you can say on Instagram, however, so we thought we’d chat with AJ to hear more about her project and the women who inspired it.

Scroll down to learn more about how and why AJ put together her series, and, if you’re in the D.C. area, be sure to grab some cocktails from Serenata.

Why did you choose to focus specifically on Afro-Latinas?

“There are a ton of Black women and men who get lost in the fold because they don’t check a particular box of being Black or Latin. You’ll find that a lot of people who identify as either haven’t heard of these individuals. But Black history flows in and out of all cultures, right? So there’s always someone who did something to progress not just one culture, but two. These were important stories to tell.”

How did you find the women you wanted to focus on?

“I did a bit of research and literally typed in Afro-Latinas, which gave me a list of about 25 women to choose from. I felt connected to a lot of these women, and it was important to tell the stories of women who had been murdered for what they were doing - by the government, the police, or other organizations that wanted to silence them - because it’s a mirror in terms of what we’re seeing here in the States. For instance, Marielle Francisco da Silva was murdered in 2018 by former police officers. A lot of what [these women] were doing resonated with me and what I want to do.”

Read on for the stories of the five Afro-Latinas highlighted in Serenata’s cocktail kit, as told through an interview with Andra “AJ” Johnson. 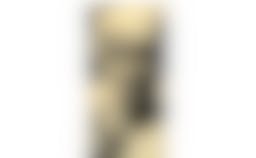 “Mamá Tingó was an important one for me. Two of my business partners are from the Dominican Republic, so I wanted to pay homage. Obviously, Dominicans have a lot of history - they’re Taíno, they’re Spanish, and there’s also a heavy Black presence as well. During a cocktail competition, we literally drove around the entire island from the resorts to the beaches to the middle of the country during a huge rainstorm. I saw the ups and downs, the poverty and the [glamorized touristy destinations].

There’s a story to tell about this woman, Mamá Tingó, who was like, “If something happens to me, I’ll figure it out. If something happens to somebody else, we’ve got to do something about it.” That was her entire mission at the end of the day. She was a machete-wielding farmer. She was a badass. She literally got shot in the chest and was still trying to defend her life. She is one hundred percent the representation of what it means to fight for something that’s bigger than yourself and to understand that it takes everyone to make something work.”

Learn how to make a Mamá Tingó, a cocktail inspired by Florinda Muñoz Soriano →

WE SHOULD DIG A LITTLE DEEPER IN TERMS OF WHAT WE PERCEIVE AS BLACKNESS. 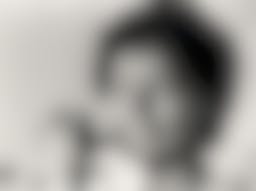 “When I heard María Elena Moyano’s story, I likened her efforts to those of Black Panthers. There’s a common thread of seeing that you can be poor, and that’s fine: It’s not about you. It’s about making things better for everyone else. Her entire career was built off of creating programs to help the children from education to job initiatives.

Her most important effort is also the title of our cocktail Vaso de Leche. She headed a program that delivered a cup of milk to the children of Villa El Salvador every day. They didn’t have to come and get it. She took it to them - and I think we don’t look at it the same way here. A cup of milk, what’s that going to do? But when you don’t have access to a lot of things, getting calcium means making sure that you have strong bones and that your body is healthy, which is a big deal. You can definitely liken that to the breakfast program the Black Panthers started. It hit me hard that these people who existed worlds and decades apart retained the same mission.

Maria Elena’s life was extraordinary, and how she died was also impactful. She was killed by a group called Shining Path who were anti-government but also wanted to be the voice of poor people everywhere. But they didn’t like women to be outspoken or servicing the community. Prior to María Elena’s death, they killed several other women, so [Maria] could sort of feel that coming, and she was murdered at her son’s birthday party on the beach. They took her body, dragged her to the town square, and blew her body up with dynamite. We lost an amazing human being - but this got the attention of the rest of the country. From there, that began the demise of Shining Path, because it was so horrific.”

Learn how to make a Vaso de Leche, a cocktail inspired by María Elena Moyano → “Art plays a very big part in my life: My partner was an Art History major, and we spend a lot of time in museums. I wanted to not only bring a little more joy and passion to the stories I was highlighting, but I also wanted to show a Latin artist, Julia Lopez, who’s known for drawing Black women. Her work is not about women in prostitution, slavery, or destitute situations, but instead focuses on exalted, beautiful female forms. She’ll paint the Virgin Mary as a Black woman surrounded by butterflies or young Black girls in beautiful dresses in tropical settings.

This approach wasn’t something that you would normally see. Lopez’s story spoke to me because she was pushed by her artist friends to skip art school, even though she had access to one. They said, “No, your form is raw and natural, and you don’t need anybody.” And it’s the same for me: I’ve been to three or four different colleges and culinary school but I never finished college. I’ve done all these things, but my career has come to fruition through the fact that I’ve been able to teach myself, learn from myself, and grow my creative experience through my passions and who I am. So that’s why I chose to highlight Julia López, who’s still alive. There are several books on her life, but her work is classified as part of the Generación de la Ruptura, and that’s why our cocktail’s called La Ruptura.”

Learn how to make a La Ruptura, a cocktail inspired by Julia López →

there are black people everywhere doing amazing things every single day, and we can't forget their stories either. 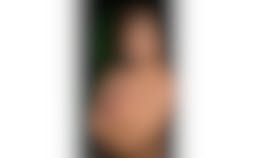 She created programing and legislation, or at least brought them forth, including a lesbian day of visibility in Brazil. She lost by a couple of points, so it never passed - but those are the type of things that she stood for. She also spoke out against extradition, extrajudicial killing, and the use of [Brazil’s] military on its own citizens. She was very, very critical of the president for using military force on Brazilian people - so, after a speech in 2018, she and her driver were killed. They didn’t know who it was at the time, but in 2019 it was found that two former police officers were behind it because they didn’t like what she was saying.

It wasn’t like she was just a citizen speaking out. She was appointed to a position. People actually supported things she had to say, and she was still silenced. Again, it goes to show how difficult it is being at the forefront. I will put it out there: I’m very gay and super queer. I don’t lead with that because I’m a Black woman, and who I sleep with is my business. So, out of all five women, she hit me the hardest. I feel like I relate to her the most.”

Learn how to make a Marielle, a cocktail inspired by Marielle Francisco da Silva →

Black history is every day. 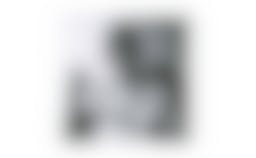 “We don’t know a lot about [Dominga de la Cruz Becerril’s] life, but we do know that she was a follower of Pedro Albizu Campos, who was the head of the [Puerto Rican] nationalist movement in the 1930s. She worked at a tobacco factory, and what she ended up doing was organizing the women who worked with her into a united militant front.

When the Ponce massacre of 1937 happened, they were all out there fighting for Puerto Rico. There was a gentleman leading the march who held the Puerto Rican flag, and, after he was wounded, Dominga picked it up and kept carrying it. The government wasn’t really a fan of hers - or of Campos either - so I’m sure that if she had stayed, she would have been executed, just like a lot of these other women. But she spent the rest of her life in Cuba.”

To learn more about what AJ is working on these days - such as her project White Plates, Black Faces, addressing the cultural neglect of Black people in the restaurant industry - follow her on Instagram.

And if you want to learn how to make one of AJ’s signature cocktails, check out her recipe for the Perfect Daiquiri.