Presented by
Capital One

After years of writing about restaurants in NYC, we thought we knew how dining in the city worked. But then 2020 came and flipped everything on its head. Outside was the new inside. Jeans got replaced by sweatpants. Dogs became restaurant patrons - we swear we saw a pitbull-mix order a cappuccino after dinner once.

Even through the year’s chaos, restaurants and bars rolled with the punches and helped uncover a few tiny cracklings of unexpected good. Whether that was by setting up shop on a traffic-free Malcolm X Boulevard, selling to-go negronis that made Prospect Park feel like Brooklyn’s bar, or guiding us mere cooking mortals through elaborate meals in our tiny apartment kitchens. But ultimately, NYC restaurants and bars did what they’ve always done best: continued to comfort New Yorkers in a way that only great food, a little booze, and human togetherness can. And for that, we are immensely grateful. Here are the new dining traditions born out of this year that we actually hope stick around for years to come.

All restaurants featured on The Infatuation are selected by our editorial team. 2020 Restaurant Silver Linings We Hope Are Here To Stay is presented by Capital One.

No matter how small and terrible your kitchen is, executing a meal kit sort of feels like being lifted up on a giant’s shoulders to dunk a basketball - you only do 10% of the work, but still feel (and eat) the payoff swoosh. In one of their many efforts to stay afloat and adapt this year, some restaurants started selling DIY meals we could make at home. From deluxe options like a shabu-shabu set with pork and wagyu to steak care packages and pasta dinners with homemade sauce, we hope restaurants continue to help us make incredible meals without having to put on shoes or underwear. 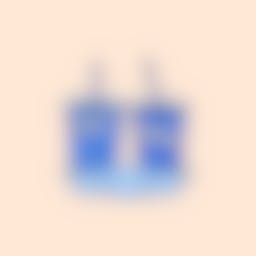 Cocktails are great. Having a cocktail on a bench overlooking the East River with a friend, while telling them how many times you rearranged the furniture in your apartment over the last eight months, is even better. I want the ability to grab a to-go negroni or a roadie frosé to become as accepted as the couch placement I finally settled on.

Like thoughtful crossover episodes between two great sitcoms, a couple of my favorite restaurants teamed up this year. A few of these projects, like Maison Yaki’s Black Entrepreneur Series, aimed to highlight the talents and cultures of up and coming chefs. Others brought together things I never knew I needed, like brisket and biscuits or doubles and mezcal. These collaborations became some of my favorite meals of 2020, and dining out in the future won’t feel right without them.

Lots And Lots Of Restaurants Are Now Dog-Friendly 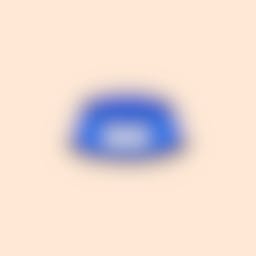 Was it Gus’ decision to amp-up the doe-eyed sheepishness? Or could it have been his acquiescence to sleep somewhere other than on both of my pillows? My dog must be racking his brain for how he managed to get so lucky. No more lonely weekdays or late weekend nights spent staring at the front door, and with the massive expansion of outdoor dining, no more waiting for me to get back from restaurants, presumably staring at the front door. He’s certainly not complaining about all of this new time we get to spend together, and neither am I. 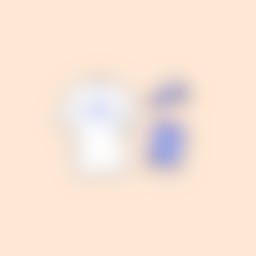 Do I need a t-shirt that says my bagel order from Ess-A-Bagel? Actually, yes. Yes, I do. In the spring, many of the city’s restaurants started selling merch to raise money while they were closed for dining. I spent so much money on prints, shirts, and cookbooks that TD Bank sent me an alert saying, “you OK?” And I hope more great spots continue to offer ways for us to support them (all while supporting our own aesthetic values).

With dining happening on sidewalks or in backyards, eating out this year automatically felt more casual (even at cool, trendy new places). So instead of jeans, sometimes I’d show up for dinner in running shorts after a jog. FYI - ice-cold martinis taste even more satisfying when your butt is just a tiny bit damp.

Parks As The New Dining Rooms 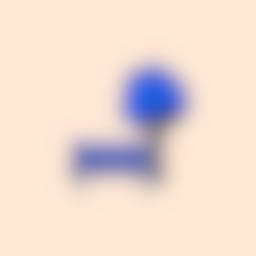 Eating takeout under the 220-year-old oak tree in the park near my apartment has become something of a weekly event. There are usually a few other spaced-out groups around, all of whom seem to appreciate the joys of eating things like pizza or a muffuletta in a grassy field. And unlike dining at a restaurant, I can seat myself (usually on a blanket), people-watch without being too obvious, and flex my excellent taste in face masks, all at the same time.

This year, spots like Gertie, Hunky Dory, and Playground Coffee Shop have encouraged diners to become more politically active. From phone banking with a glass of wine to writing postcards to out-of-state voters while eating soft serve, these spots hosted events centered around direct action. Restaurants and cafes with community fridges have also given us a more immediate way to fight food waste and lower food insecurity in NYC.

All this time, restaurants have had perfectly good outdoor areas just sitting in front of them being occupied by parked cars AND NO ONE DID ANYTHING ABOUT IT? This year proves that the space in front of restaurants should be exclusively used for outdoor dining (which gives them more business and diners more tables to snag) and not a Toyota Highlander collecting parking tickets. There’s a reason cars don’t pay a toll when they exit New York City, it’s because New York City wants them to leave.

This year, we’ve seen millions of people striving to support places with Black, brown, indigenous, and POC-ownership. Those efforts made it possible for thousands of businesses to remain open during the pandemic, and continue serving some of the best food across the country. We don’t just want this to continue, we need it to.

Hotels, pétanque courts, apartments, the backs of Chevy pickup trucks - who cares if there’s no dining room? As long as the food is good, we’re ready to eat tonkatsu ribs or latke BEC sandwiches any time, any place.

If there was one thing that made this year feel more like a two-act musical and less like a parasitic wasp, it was eating restaurant meals in the middle of New York City streets. Back at the beginning of the summer, Mayor de Blasio announced that designated sections of the city would be closed off to traffic on weekends and certain weekdays to give restaurants and other businesses free reign of the road. It’s called the Open Streets: Restaurants program, or, as my mom astutely put it when she visited in late July, “it’s like Europe.” As much as I’ve enjoyed outdoor dining this year, it’s even better without the M23 Bus rattling my water cup. 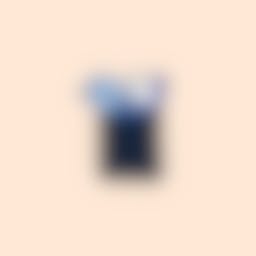 Rather than making do with whatever the grocery store around the corner has on its shelves, this year we’ve been able to bake with wheat flour from Bien Cuit and grill lamb chops from Peter Luger at home. It’s a win for everyone, as we can all get inspired to cook with ingredients that are usually out of reach, and restaurants can better manage inventory, while also adding another source of income. Of course, wielding a Luger’s porterhouse like a baton while sitting on your couch is also pretty great.

It’s wild that we’ve taken for granted the ability to get brunch or oyster Happy Hour outside, and yet the one activity that occurs outdoors in reality - watching sports - we reserve for dark, less-than-ideal smelling bars. But this year, not only have a bunch of spots given us the opportunity to essentially tailgate on the streets of NYC, they’ve also created spaces to feel a sense of camaraderie again after months of not leaving our apartments or watching anything we can celebrate. Granted, we can’t do much of that with the Jets or Giants now anyway.

Instagram is to restaurants as Twitter is to politics or Tik Tok is to music trends - it’s where news breaks first. Whether it was a call for help from a legendary Chinatown spot in danger of closing, or a chef hosting a pop-up taco stand in Jackson Heights, restaurants used Instagram this year as a community bulletin board. Sure, we’ll happily continue gawking at sexy pictures of khao soy and khachapuri on our feeds, but we also hope Instagram continues to be a free, sparkly megaphone for restaurants everywhere - especially those without PR teams and chef star power already on their side.

Choosing, Pre-Ordering, & Waiting For Your Food Using Just Your Phone

I like the simplicity of the distant dining era. Virtual queues tell you exactly how long you’ll be waiting. QR code menu stickers explain whether your roti was made with quinoa flour or potato starch. And pay-from-your-table options like Venmo and PayPal keep the annoying bill calculations to a minimum. Sure, we’re living in a Black Mirror episode, but maybe that’s OK.